When Phil Schiller introduced the Lightning connector at the unveiling of the iPhone 5 in September 2012, he called it "a modern connector for the next decade," and with that 10-year mark coming up later this year, questions remain over what the future of the ‌iPhone‌ looks like and whether or not that future will include a Lightning port, or perhaps no port at all. 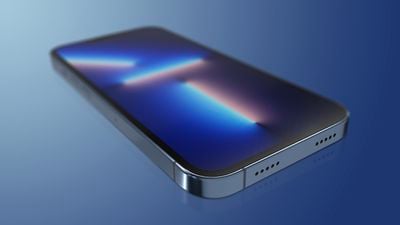 Every ‌iPhone‌ since the ‌iPhone‌ 5 has featured a Lightning port, which Apple touted in 2012 as a "smaller, smarter and more durable" port compared to the previous 30-pin connector. Even as the majority of the company's iPad line and the entire Mac line now feature USB-C, the ‌iPhone‌ has become the odd one out with its inclusion of Lightning.

The smartphone industry has rapidly transitioned to USB-C, with the vast majority of handsets on the market featuring the more versatile port. Apple's reluctance to follow the industry in adopting USB-C has annoyed many customers, but it appears Apple is sticking with Lightning on ‌iPhone‌ for the considerable future.

Apple analyst Ming-Chi Kuo, who frequently shares accurate insights into Apple's product plans, has said the company believes the adoption of USB-C would negatively impact its Made for ‌‌iPhone‌‌ (MFi) program and notes that Apple is concerned about lower standards of water resistance for USB-C compared to Lightning. Given those two points, Kuo says the ‌iPhone‌ will continue to feature Lightning for the "foreseeable future."

Apple's ultimate goal for the ‌iPhone‌ is to go completely portless, relying on MagSafe and wireless connections for charging and data transfer needs. ‌MagSafe‌ on the ‌iPhone‌, which first debuted on the iPhone 12, is still not fully matured and is so far limited to charging. Apple is highly unlikely to abandon Lightning and adopt USB-C for only a few years before going portless. Instead, it's more likely to use Lightning while continuing to ‌MagSafe‌ matures for a future portless ‌iPhone‌.

The European Commission could, however, impact how soon we get a portless ‌iPhone‌. The EC has proposed a directive that would require all consumer electronic devices, including smartphones, tablets, cameras, headphones, portable speakers, and handheld videogame consoles, to feature a "common port," aka, USB-C. If the directive does pass in 2022, companies such as Apple will have two years to transition their devices to USB-C.

There are some caveats, though. On paper, the directive would constitute a significant change for the ‌iPhone‌ as it would be forced to include USB-C, but the directive only applies to devices that charge via cable.

A spokesperson for the EC confirmed to The Verge that if a device exclusively charges via wireless charging, it isn't required to include a USB-C port. That, alongside the two-year transition period that the directive would allocate to companies to transition to USB-C, gives Apple ample time to mature ‌MagSafe‌ and abandon Lightning in favor of an all-wireless future.

Apple's confusing port lineup has not gone unnoticed. Across the latest ‌iPhone‌, ‌iPad‌, MacBook Pro, Apple Watch, and AirPods models, Apple offers customers four completely different types of chargers to juice up their devices. Bloomberg's Mark Gurman highlighted the inconsistency in his Power On newsletter this past August. As Gurman noted at the time, "Lightning served Apple well since 2012, but USB-C has clearly won out across the industry and has become the default connector for new devices."

blazerunner
Apple should take it's head out of it's ass and start using USB-C everywhere.
Score: 93 Votes (Like | Disagree)

TheYayAreaLiving ?
Not a big fan of the MagSafe. It's a cool feature but overheats the phone way too much. Also, not convenient at all.

Just bring the USB-C to the iPhone's lineup. Keep it simple. Makes no sense why iPhone doesn't carry the USB-C. The hardware features we want from the current iPad Air, the iPhone itself doesn't carry. It's kinda sad. For example Fingerprint Touch ID button, USB-C.
Score: 36 Votes (Like | Disagree)

KanosWRX
I just hope they switch to USB-C.. they can't get rid of the port completely, too many devices rely upon some kind of physical port, namely millions of cars that have Apple CarPlay. They would piss off a lot of people if they killed it off completely unless they can magically turn all those cars into wireless CarPlay.
Score: 27 Votes (Like | Disagree)

Koni17
I can see USB-C being implemented in the very near future. There's nothing "Pro" about the iPhone Pro when it takes forever to transfer huge video files over lightning. Seeing how they've been heavily promoting video capabilities in the iPhone to amateur cinematographers, it's only a matter of time until a new standard is implemented.
Score: 16 Votes (Like | Disagree)

Neepman
I am never short of amazement of all the advocacy of abandoning what is a clearly better connector and port for a mobile device. USB-C is far more prone to wear, breaking and contamination.
Score: 16 Votes (Like | Disagree)

I didn't know they came with expiration dates

Thursday October 14, 2021 7:47 pm PDT by Eric Slivka
The Apple Watch Series 7 includes a new charging architecture that allows it to refuel up to 33% faster than the Series 6, charging from 0 to 80% in 45 minutes. The fast-charging capability requires a new USB-C charging cable that Apple includes in the box with the watch and also sells separately, but until now Apple hasn't provided details on what wattage of power adapter is required for...
Read Full Article • 70 comments

Wednesday November 24, 2021 11:00 am PST by Juli Clover
We've teamed up with Ampere to offer readers a chance to win one of the company's Jetpack magnetic iPhone power banks, which have been designed with the iPhone 13 lineup in mind. While the $49 Jetpack works with the iPhone 12 or the iPhone 13 lineups, it has been customized to fit the iPhone 13. The magnets won't interfere with the camera, and it works perfectly on Apple's smallest iPhone...
Read Full Article • 19 comments

Monday November 1, 2021 12:18 pm PDT by Juli Clover
Apple seems to have no plans to replace the iPhone's Lightning port with a USB-C port to bring it in line with Macs and iPads, but robotics student Ken Pillonel spent months hacking an iPhone to add a USB-C port. In early October, Pillonel shared a video demonstrating the "world's first iPhone with a USB Type-C port," and now he's shared a second video explaining how he pulled it off....
Read Full Article • 170 comments