Apple today seeded the fourth betas of upcoming iOS and iPadOS 15.2 updates to developers for testing purposes, two weeks after seeding the third betas and a month after the launch of iOS 15.1 and iPadOS 15.1. 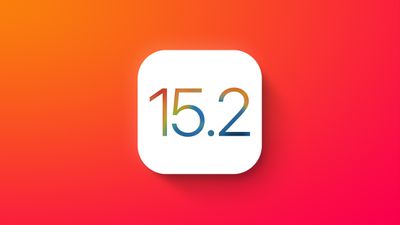 iOS and iPadOS 15.2 can be downloaded through the Apple Developer Center or over the air after the proper profile has been installed on an iPhone or an iPad.

For a full list of features that have been added with each beta, we have dedicated guides for the initial beta, the second beta, and the third beta.

einsteinbqat
I hope they fix the automatic brightness
Score: 21 Votes (Like | Disagree)

RC set for next week or the following week? Or can we expect a public release?
Score: 6 Votes (Like | Disagree)

stinkdieren
brightness bug resolved! This was the longest two weeks ever!
Score: 5 Votes (Like | Disagree)

loekf
I hope they fix the storage calculation mess for Photos
Score: 5 Votes (Like | Disagree)

roncron
It's been a long two weeks.
Score: 4 Votes (Like | Disagree)
Read All Comments