Our Black Friday 2021 coverage continues with the best deals you can find on MacBook Pro, MacBook Air, iMac, and Mac mini today. As with all Black Friday deals, we aren't sure how long any of these will last, and prices are always fluctuating, so if you see something you want, be sure to buy it soon. 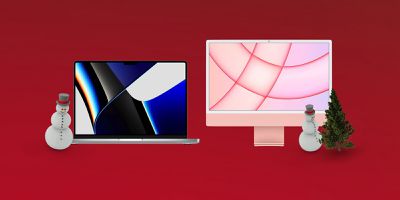 If you're looking for something other than Macs, be sure to visit our Black Friday 2021 Roundup for all of the best deals and discounts happening today.

For full details on each Mac, explore our roundups.

We're keeping track of all this season's best deals in our Black Friday 2021 Roundup. You can also find more of our daily deals and other offers in our Deals Roundup.