Apple on Friday reached a $95 million settlement that, pending court approval, will resolve a class action lawsuit that accused the company of violating the Magnuson–Moss Warranty Act and other U.S. laws by replacing customers' devices covered by AppleCare with refurbished devices, according to court documents accessed by MacRumors. 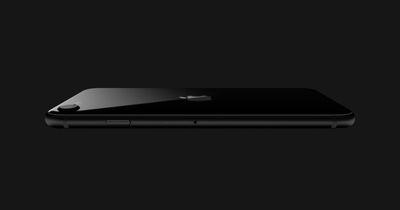 The class includes all U.S. residents who purchased an AppleCare Protection Plan or AppleCare+, either directly or through the iPhone Upgrade Program, on or after July 20, 2012, and received a refurbished replacement device. If approved, the settlement fund will be divided equally among the class members based on the number of refurbished replacement devices they received, according to the court documents.

It is anticipated that the class will receive a total of between $63.4 million and $68.1 million once attorneys' fees and other costs have been deducted. If the settlement is approved, details will be available at ReplacementDeviceLawsuit.com, and class members will also be contacted by email or mail if possible.

Apple "vigorously denied" that refurbished devices are inferior, but it opted to settle with the plaintiffs given the time and costs that would be associated with a continued trial, according to the court documents. Plaintiffs are seeking court approval on October 20 or as soon thereafter as the matter may be heard by the judge presiding over the case.

The case, Maldonado et al v. Apple, Inc et al, was first filed in July 2016 in the U.S. District Court for the Northern District of California.

Update: U.S. District Judge William H. Orrick said he will grant preliminary approval of the $95 million settlement, according to Law360.

Wanted797
This could be a big precedent around the world.

Here in Australia when I bought my iPad min 2nd gen it had dust under the screen. I took it to the store and they tried to tell me because it was so new they had no replacements.

When I asked them if they had new ones they said yes but they couldn’t provide them for warranty. So I asked for a refund. Which they gave me.

Then I bought one of the new ones…
Score: 37 Votes (Like | Disagree)

magbarn
So a couple of fat cat lawyers made a cool $30 million for a couple of hours of work whilst the consumer gets a $5 iTunes gift card. These lawsuits are useless.
Score: 33 Votes (Like | Disagree)

JPack
How many people want a reworked logic board that’s been subject to liquid damage? Apple understandably wants to save money, but refurbished is definitely not equivalent to new in reliability.
Score: 28 Votes (Like | Disagree)

How many people want a reworked logic board that’s been subject to liquid damage? Apple understandably wants to save money, but refurbished is definitely not equivalent to new in reliability.

So you think Apple, the actual company, takes liquid damaged devices and brushes them off to send back out as replacement devices?
Score: 18 Votes (Like | Disagree)

Luba
So are Apple's T&C different now or do we still get refurbished as a replacement?
Score: 16 Votes (Like | Disagree)
Read All Comments

Tuesday August 10, 2021 5:25 pm PDT by Joe Rossignol
Apple this week began selling refurbished 8th-generation iPad models through its online store in the United States for the first time since the device was released last year. As usual, the refurbished models are discounted by approximately 15% compared to brand new models, with pricing starting at $279 for the 32GB model versus $329 new. Apple says its certified refurbished iPad models are...
Read Full Article • 46 comments

Thursday March 24, 2022 3:32 pm PDT by Juli Clover
Apple's legal battle with Epic Games is continuing on, and today, the Cupertino company filed an opening brief with the United States Court of Appeals for the Ninth Circuit. Both Apple and Epic Games opted to appeal the original ruling in the Epic Games v. Apple case as neither company was satisfied with the outcome. Epic lost, while Apple was subject to App Store changes that are on hold pending ...
Read Full Article • 107 comments

Wednesday January 12, 2022 3:28 pm PST by Juli Clover
Apple in November settled a long-running lawsuit over employee bag checks, with the Cupertino company agreeing to pay $29.9 million to employees who were subjected to off-the-clock bag searches, and now details about the settlement are available on Apple's website. California employees first sued Apple in 2013, and in 2015, the case escalated into a class action lawsuit. Employees claimed...
Read Full Article • 157 comments

Wednesday June 29, 2022 4:43 am PDT by Sami Fathi
Fifteen years ago to this day, the iPhone, the revolutionary device presented to the world by the late Steve Jobs, officially went on sale. The first iPhone was announced by Steve Jobs on January 9, 2007, and went on sale on June 29, 2007. "An iPod, a phone, an internet mobile communicator... these are not three separate devices," Jobs famously said. "Today, Apple is going to reinvent the...
Read Full Article • 228 comments