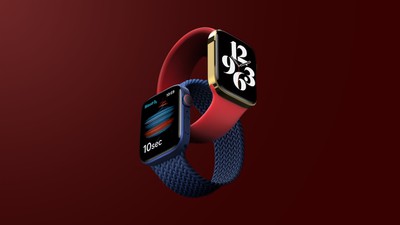 The ‌Apple Watch Series 7‌ will feature a new design with a flat-edged look that's similar to the flat edges used for the iPhone 12 and iPad Pro. According to Kuo, the new Apple Watch had to go through more production processes than previous models because of this "dramatic" change in the design.

Both Nikkei Asia and Bloomberg previously reported that production issues due to the more complicated design meant the launch of the ‌Apple Watch Series 7‌ was likely to be delayed. Separately, Bloomberg journalist Mark Gurman recently reported that the device could be available in limited quantities at launch. Gurman reiterated has this in a tweet following Kuo's latest investor note.

Apple plans to unveil the redesigned watch alongside its new iPhone 13 lineup at next week's digital-only event on Tuesday, September 14. We have a full rundown on everything that we expect to see from the ‌Apple Watch Series 7‌ in our dedicated guide.

TheYayAreaLiving
Apple is staying on top of it. I knew Apple will pull it off.

Thursday September 16, 2021 6:57 am PDT by Sami Fathi
Going into an Apple fall season, excitement typically revolves around the new iPhones. This year, however, the Apple Watch stole some of the iPhone's spotlight due to reports, leaks, and rumors suggesting it would be getting a significant redesign. One of the biggest surprises during Apple's "California streaming" event was the new Apple Watch, not because of the features or design it...
Read Full Article • 399 comments

Tuesday August 31, 2021 8:45 am PDT by Sami Fathi
Production of the upcoming Apple Watch Series 7 has been delayed due to the upcoming watch featuring a "complicated design," according to a report by Nikkei Asia. According to the report, Apple suppliers began small-scale production of the watch last week, and during which, employees "encountered critical challenges in reaching satisfactory production performance." Manufacturers of Apple...
Read Full Article • 100 comments