Several Apple products, including recently launched devices, are currently experiencing delayed shipping times, a possible sign that the ongoing chip shortage could be more significantly impacting Apple and its products. 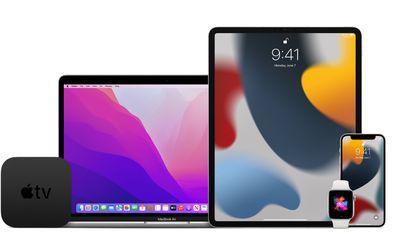 During the company's third-quarter earnings call, Apple CEO Tim Cook warned that the chip shortage that has plagued the industry for the last few months would impact iPhone shipments this year. While Cook was likely referencing constraints with the upcoming iPhone 13, the shortage could be creeping onto existing models.

Ahead of an expected refresh or update, the current and soon-to-be last generation devices can be expected to be depleted in stock as Apple makes room for the newer models. As a result, select configurations of the ‌iPhone‌ 11 and iPhone 12 are showing up to two weeks for shipments at the time of writing.

Similarly, across the Apple Watch lineup, some models of the aluminum case of the Series 6 are at least three to four weeks out, while stainless steel models are entirely sold out or at least three weeks away. Next Tuesday, September 14, Apple is expected to release the ‌iPhone 13‌ and Apple Watch Series 7 to replace the existing models.

While the ‌iPhone‌ and Apple Watch are soon getting updated, likely resulting in the delayed shipments, other products are less certain. For example, the 24-inch iMac, powered with the M1 Apple silicon chip, is currently at least three to four weeks out. As a matter of fact, all products with the ‌M1‌ Apple silicon chip are currently experiencing some form of delay.

For instance, depending on configuration, the ‌M1‌ 13-inch MacBook Air, MacBook Pro, Mac mini, and the 11-inch and 12.9-inch iPad Pro are listing three days or up to a week for shipments, though specific timeframes will fluctuate. Under normal circumstances, depending on location, products may be available for same-day delivery.

The ‌M1‌ Apple silicon chip was announced in November of last year, and since its announcement, Apple has expanded it to more products, including the ‌iPad Pro‌. The out-of-normal shipping times for multiple ‌M1‌ products could act as further proof that the chip shortage is directly limiting ‌M1‌ production, hindering shipping times and general availability.

In the last several months, several reports have suggested that Apple's suppliers are struggling to keep up with demand. Specifically, the company's suppliers for mini-LED displays to be used in upcoming MacBook Pros have reportedly struggled to reach satisfactory output levels, possibly pushing Apple to invest in procuring additional suppliers.

goobot
Apple probably putting all its supply into iPhone 13
Score: 10 Votes (Like | Disagree)

justperry
Need chips, I can supply tons of potatoes.
Score: 9 Votes (Like | Disagree)

So when will the chip shortage be over? We just have no idea at this point?

Only when Apple stops making best-of-breed products that everyone, the world over, wants to buy. So probably never.
Score: 5 Votes (Like | Disagree)

JPack
All eyes are on Malaysia at this point. For those in the know, the fabs there have been operating at 60% for a few months now. Infineon, NXP, Renesas and ST Micro are all affected. Apple uses components from all of those suppliers.

the 21.5-inch iMac, powered with the M1 Apple silicon chip

I must have overlooked this product launch... ;)
Score: 5 Votes (Like | Disagree)
Read All Comments