Apple is considering making future iPads with a titanium alloy chassis design, replacing the aluminum-based metal used in current models, according to sources cited by DigiTimes. 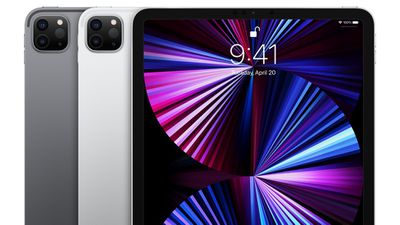 The claim appears in a piece covering the production of the upcoming ninth-generation iPad, which will reportedly include a PVD (physical vapor deposition) application to enhance the devices' scratch resistance.

The new iPad will also equip with aluminum-alloy chassis that will be processed by PVD. The sources also revealed that Apple is also considering equipping iPads with titanium-based metal chassis, but the high costs for doing so may not be economical at the moment.

The claim follows a similar report last month suggesting high-end models in Apple's 2022 iPhone lineup will eschew the existing aluminum and stainless steel case design in favor of titanium, due to the latter's tougher strength and durability.

The rumors tally with Apple's recent investigations into the viability of titanium casings for its products, which include patents related to the use of processed titanium with unique properties for future MacBooks, iPads, and iPhones.

If the latest reports are accurate, it would be the first time Apple has used titanium in iPhones‌ and iPads. The company has used titanium as an optional casing material in recent Apple Watch models, and the physical Apple Card is made of titanium, but the latest iPhones and iPads are made of stainless steel and/or aluminum.

RumorConsumer
Bring back my TiBook!!
Score: 5 Votes (Like | Disagree)

They ran out of ideas.

Apple will always look to protect supply and margins while trying to give the impression of new and more refined design. People always like new shiny things.
Score: 3 Votes (Like | Disagree)

I really hope glass backs is not a thing for ipad. ?‍♂️

Marky Gurman reckons it’s happening really soon ? cash revenue is going to go through the roof for apple with all the repairs ?