A bill that could require Apple and Google to allow third-party payment methods on their respective app stores in South Korea is gaining support ahead of a vote on the issue. 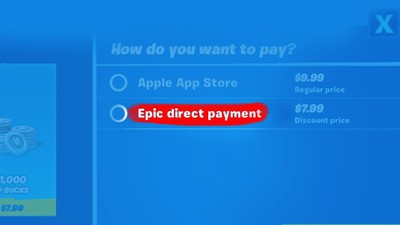 The bill proposes an amendment to the existing Telecommunications Business Act, which would bar Apple, Google, and any other company that operates its own app distribution platform, from forcing developers to use a specific payment method. Apple requires that all apps on the App Store use its own payment method for in-app purchases, which gives the company a 30% commission.

That 30% cut and restrictions on developers that prevent them from using third-party payment methods has been a significant point of contention between Apple and other companies. The Coalition for App Fairness, which consists of Epic Games, Spotify, and Match Group, has voiced their support for the bill in South Korea.

As reported by the Yonhap News Agency, the founder of the Coalition for App Fairness and the senior vice president for the Match Group, which operates Tinder, met with officials in the South Korean Democratic Party to express their support for the bill. As per the report:

Buse expressed support for the bill, adding that it could spur more action from U.S. lawmakers. Similar movement has so far been made at a state level in the United States in around 15 states, according to Buse.

Apple has pushed back firmly against any measures that would open up its users to third-payment methods. In an interview earlier this year, Apple's CEO, Tim Cook, said that allowing third-payment methods on the ‌App Store‌ would turn the platform into a "flea market," noting that customers usually tend to have a low trust level for such markets.

The bill will first be reviewed by the Legislation and Judiciary Committee before being voted upon in the National Assembly.

That’s it. All around the world governments are working against Apple. Good!

This actually isn't good. Once you notice the enormous issues fragmentation brings with it you'll be back pedaling in no time.
Score: 8 Votes (Like | Disagree)

AppleTO
Even if Apple is forced to allow 3rd party payment methods, nothing will change. Developers will still be changed a fee by Apple, per user purchase, just separately.

The new rule will be something like: “You may use 3rd party payment methods however they must go through “ThirdPartyPaymentKit””, which Apple can then keep track of purchases and amounts.
Score: 8 Votes (Like | Disagree)

I7guy
Apple should charge by the download, say $10,000 per download. Basically they are forcing apple and google to give developers a free ride on their ecosystem. Maybe instead they should force grocery chains to give away (free) groceries, telco companies to provide unlimited, high speed bandwidth for free, etc.
Score: 7 Votes (Like | Disagree)

AdmiralTriggerH
If they are forced to do it, I'll vote with my money and stick to using Apple's payment processor or they don't get my money.
I am not a massive Epic fan due to the way they prey on children and they desires to have the cool stuff to make their money.
I also don't use Spotify because I think they have a poor business model and don't pay artists enough.
I very rarely use in app purchases either, the ones I do use are for video stream subscriptions
Score: 6 Votes (Like | Disagree)

I could also see Apple changing their fee model where your developer subscription is based off your app downloads if you allow 3d party payments.

Really, there's lots of things Apple can do to abide by the letter of the law while discouraging developers from doing it.
Score: 6 Votes (Like | Disagree)

That was the most sheepish response I've ever read.

Give me an example of an unreliable 3rd party payment method.

I will! Paypal. Ever have to dispute with them? I have and lost out $500 despite having certified letters from my bank showing that the money was never deposited.
Score: 5 Votes (Like | Disagree)
Read All Comments

Wednesday March 3, 2021 11:44 am PST by Juli Clover
The Arizona House of Representatives today passed HB2005, a state bill that would provide developers with an alternative to Google and Apple's in-app purchase options by allowing developers to use their own payment solutions within apps. Last week, the Arizona House Committee advanced the bill, and now it has also been approved by the House of Representatives. It will next be heard by the...
Read Full Article • 221 comments

Wednesday March 31, 2021 6:59 am PDT by Hartley Charlton
Arizona's proposed state bill "HB2005", that would provide developers with an alternative to Google and Apple's in-app purchase options by allowing developers to use their own payment solutions within apps, appears to have been abandoned after intense lobbying (via The Verge). The bill was advanced through the Arizona House Committee and the Arizona House of Representatives, before it was...
Read Full Article • 105 comments

Thursday September 9, 2021 5:00 pm PDT by Juli Clover
Epic Games today said that it has asked Apple to reinstate its Fortnite developer account because it intends to release Fortnite in South Korea. South Korea in late August passed a bill that bans Apple from requiring developers to use its in-app purchase system. The bill forces Apple (and Google) to let developers use third-party payment methods to make purchases. Epic Games now says that ...
Read Full Article • 460 comments

Apple Privacy Chief: North Dakota Bill 'Threatens to Destroy the iPhone as You Know It'

Wednesday February 10, 2021 1:02 pm PST by Juli Clover
The North Dakota Senate this week introduced a new bill that would prevent Apple and Google from requiring developers to use their respective app stores and payment methods, paving the way for alternative app store options, reports The Bismarck Tribune. According to Senator Kyle Davison, who introduced Senate Bill 2333 yesterday, the legislation is designed to "level the playing field" for...
Read Full Article • 623 comments

Monday March 1, 2021 4:05 pm PST by Juli Clover
Arizona is considering legislation that would prevent developers from being forced to use Apple's in-app purchase options, and as the bill heads to the Arizona Senate, Apple and Google are lobbying heavily against it. As outlined by Protocol, Apple has been working against the bill since last month. Apple lobbyist Rob Didiron began fighting the legislation before it had been formally...
Read Full Article • 181 comments

Friday September 10, 2021 10:37 am PDT by Juli Clover
The year-long dispute between Epic Games and Apple reached a milestone with Yvonne Gonzalez Rogers delivering a middle-of-the road verdict that isn't quite what Epic Games or Apple wanted. Apple will not be required to support third-party app stores as Epic Games pushed for, but Apple will have to let developers offer "buttons, external links, or other calls to action" to direct customers to ...
Read Full Article • 298 comments