Apple today released iOS and iPadOS 14.6, marking the sixth major updates to the iOS and iPadOS operating systems that initially came out in September 2020. iOS 14.6 comes one month after the launch of iOS 14.5, an update that added Apple Watch iPhone unlocking, Apple Maps accident crowdsourcing, and tons more. 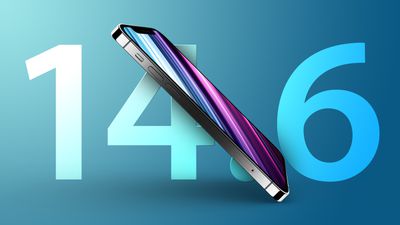 The iOS and iPadOS 14.5 updates can be downloaded for free and the software is available on all eligible devices over-the-air in the Settings app. To access the new software, go to Settings > General > Software Update.

Major development on iOS 14 will be coming to an end in the near future as Apple prepares to transition to iOS 15, an update that will be unveiled on June 7.

Johnny907
"Podcast Subscriptions." Feh. If ever there was a more contradictory term. Podcasts are free, they're meant to be free. It took over a decade of lawsuits and patent troll fights to keep them that way, so excuse me if I balk at anyone celebrating Apple's weak attempt at going back in time in the wrong direction.
Score: 18 Votes (Like | Disagree)

macsplusmacs
So can i share the apple card with my girlfriend's phone so she can have a backup credit card?

BUT she can't see my purchases right? I'm not saying redhotmodels.com is a bad purchase. I just dont want her seeing it.
Score: 14 Votes (Like | Disagree)

roncron
I've been running the 14.6 release candidates on my daily driver 12PM and they've been great, battery life much improved over 14.5.
Score: 7 Votes (Like | Disagree)

jlwarlow
Still waiting for apple card in the UK :(

Also hoping this update fixed the performance in every day use, nevermind startup!
Score: 4 Votes (Like | Disagree)

For me the figures are good! Multi core was horrendous before. Now: