Today is the one of the last days of the Epic Games v. Apple trial, and Apple CEO Tim Cook has taken the stand to ask questions levied by both Apple and Epic lawyers. 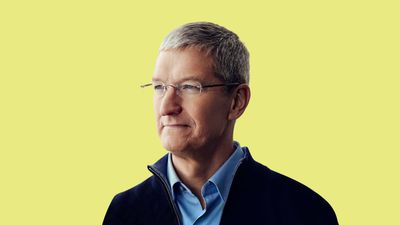 Cook's testimony won't be integral to the outcome of the trial, but what he has to say is of interest because this is the first time that he's testified in a legal case, which highlights the serious nature of this dispute.

From the beginning, Cook established that he wasn't deeply involved with the App Store. He said that he oversees the strategic direction of the company, and that he works with the ‌App Store‌ in a "limited review capacity."

Apple's early questioning steered Cook toward discussions of privacy and the privacy protections that Apple has implemented into its devices.

"Privacy is one of the most important issues of the century," said Cook. "And safety and security are the foundations of privacy, and tech vacuums all sorts of data from people so we like to provide tools to circumvent."

Cook went on to explain that in a "world where you view everyone looking at your every move, you do less over time" because it affects freedom of expression.

Questioning then shifted to some of the key issues in the trial. Cook was asked if third-party companies could implement app review as effectively as Apple, and Cook said no.

They're not as motivated as Apple is. For us, the customer is everything. We're trying to give the customer an integrated solution of hardware, software, and services. We deliver a brand of privacy, security, and safety. I just don't think you can replicate that in a third-party.

Cook will testify for over an hour, and we'll continue to update this article with additional key statements as he answers questions. Cook will be questioned by both Apple and Epic lawyers, beginning with Apple and then going over to Epic. Apple's questioning will steer Cook in the direction of issues and documents that Apple wants to highlight or explain, while Epic's questioning will be more targeted and difficult for Cook to answer.

Judge Rogers engaged Cook in a long debate about in-app purchases and how they're driven by games. Rogers is curious what's wrong with Apple providing users with choice within in-app purchases. If people want to buy v-bucks separately, what's the issue with Apple giving them that option? Or telling them they can make the choice?

Cook said that if people were allowed to link out, Apple would "in essence give up [its] total return on [its] IP. The judge then pointed out that games make up most of the in-app purchases. "It's almost as if they're subsidizing everybody else," she said.

"We need a return on our IP," said Cook. "We have 150,000 APIs to create and maintain, numerous developer tools, and processing fees."

She had several questions about in-app purchases and Apple's business model, and she also said that she didn't believe that Apple introduced the 15 percent cut because of COVID rather than because of the litigation that Apple is facing.

Apple's system is "quite lucrative" and the judge says it's a choice that Apple made, not something that Apple was required to do. Apple, for example, does not take a cut of the money when a customer uses a banking app. "You don't charge Wells Fargo, right? But you're charging gamers to subsidize Wells Fargo." Cook explained that gamers are "transacting" on Apple's platform, while other apps are not.

"I understand that Apple is somehow bringing the customer to the gamers, but after that first time, after that interaction, the developers of the games are keeping their customers. Apple's profiting off of that, it seems to me," said the judge.

"I view it differently," said Cook. "We're creating the entire commerce on the store, and we're doing that by focusing on getting the largest audience there. We do that with a lot of free apps, and those bring a lot to the table."

The judge went on to cite a study that showed 39 percent of developers are dissatisfied with the ‌App Store‌. "It doesn't seem like you have competition or feel much incentive to work for developers or to change the way that you act to address the concerns of developers," said Judge Rogers.

As today is the last day of the trial, Apple and ‌Epic Games‌ will submit their final briefs of fact by noon today. The judge has said that we should not expect a ruling right away because she has many other cases to deal with.

Personally, I'm not a huge fan of corporations telling me what I'm allowed or not allowed to install. But that's just me.

Personally, I'm not huge fan of a government telling me what contracts I can agree to and what features the software I write has to have.
Score: 27 Votes (Like | Disagree)

omihek
No system is perfect, but out of all the systems currently available, as a user AND a developer, I think Apple has the best by far.
Score: 24 Votes (Like | Disagree)

m4mario
The most important item here is that the 30% commision is not for payment processing alone. It also is for Xcode, swift, API’s, CloudKit services, 1000s of hours training videos for all topics from design to marketting and various other tools that Apple provides developers for free. To put this is perspective, Microsoft studio professional costs over $1000 per year per developer. And the training material is laughable when compared to what Apple provides. This is the real reason why the App Store became such a game changer.
Score: 17 Votes (Like | Disagree)

If they want to sideload app they can go to Android.
Score: 12 Votes (Like | Disagree)

Ha! Hahahaha!!! I'm surprised and delighted at the stupidity to use this analogy in court. You can't "be both a judge and a player". Furthermore, products (especially toys) often have special deals inside their boxes that invite the purchaser to go to their website for special deals. Best Buy still sells those products. If that's not enough, the iPhone is not a brick-and-mortar store, it's a digital internet device. To compare online intangible purchases with real-world tangible purchases needs a lot more explanation than a simple analogy that presumes the two to be equivalent.

This is so problematic and the judge will see right through it. Like I said, I'm surprised at this statement, but delighted.

The analogy is spot on contrary to your assertion otherwise. Cook isn't comparing the iPhone to Best Buy he's comparing the App "STORE" to a Best Buy "STORE". The fact that one is a digital marketplace and the other is brick and mortar is irrelevant. All the rules and consumer laws that apply to selling goods in a brick and mortar STORE apply to the App STORE.

You can buy a copy of WoW at a Gamestop or you can buy the digital version directly from Blizzard. They are the same thing despite one being brought in a brick and mortar store and the other online. And guess what, Gamestop can't be forced to lose out on sales by being required to put a sign up telling customers they can purchase the game directly from Blizzard which is what Epic wants Apple to do.

Additionally, I have never subscribed or played any online multiplayer game where I didn't have to provide a valid email address. There is absolutely nothing stopping Epic, or any other developer, from sending promotional emails to subscribers to suggest they renew their subscription directly on Epic's website. The only prohibition is that they can't do that promotion within the App Store itself. Which begs the question what type of lousy marketing department does Epic really have that they can't convince the majority of iOS players to renew subscriptions / make in game purchases directly from their website.

Epic wants all the benefits of the App Store not only for free but without having to do the basic work any reasonable company would do to promote direct purchases.
Score: 12 Votes (Like | Disagree)