Amid the ongoing legal battle between Epic Games and Apple, Spotify's chief legal officer and head of global affairs Horacio Gutierrez penned an anti-App Store op-ed in The Wall Street Journal, where he summarizes Spotify's issues with Apple. 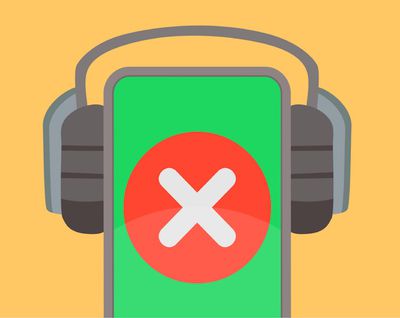 Gutierrez says that Spotify is one of the few companies that insists Apple is a "ruthless bully that uses its dominance to hobble competitors."

The company has also argued that Spotify pays 15% of its revenue on only 0.5% of its subscriptions. But that's because Apple's exorbitant 30% tax on new subscriptions forced us to turn off in-app purchases in 2016. It made more business sense to cut iPhone and iPad users off from a path to subscriptions than to absorb the 30% cut for new ones.

Gutierrez points out the many regulatory issues that Apple is facing in Europe and the United States. The European Commission in April found that Apple breached EU competition law with ‌Apple Music‌, and in April, the Senate Judiciary Antitrust Subcommittee questioned Apple's App Store policies. Spotify, Tile, and others attended the latter hearing and said that if Apple's ‌App Store‌ rules aren't changed, Apple will take over the internet, "limiting innovation, squashing small businesses, and all but eliminating customer choice."

Spotify is asking the U.S. to speed up its regulatory initiatives against Apple with "urgent, narrowly tailored updates" to antitrust law to "end such egregious abuses."

Gutierrez says that Spotify isn't asking for special treatment, but wants "fair treatment," and he sums up his piece by stating that Apple's "ability to strangle its competitors is unprecedented." He says that those in a position "to do something" have now "seen past Apple's facade" and are now acting on the behalf of "innovators and consumers around the world."

alex00100
I can agree that apple has the right to its cut on payments done through App Store, but apple not allowing Spotify to direct people to its website seems shady
Score: 62 Votes (Like | Disagree)

omenatarhuri
These are rather problematic, not just Music, but also the other categories where Apple directly competes with others in the App Store, like Fitness and Video Streaming.

It's a difficult position to compete from if you have to give 30% revenue to your competitor to begin with.
Score: 62 Votes (Like | Disagree)

Macintosh IIvx
This is the same guy who enthusiastically spearheaded Microsoft's monopolistic software patent extortion scheme against open source software. And now he is worried about monopolist worms? He was the worm in Microsoft with their extortion scheme against open source. Why should anyone pay attention to what he says?
Score: 49 Votes (Like | Disagree)

I can agree that apple has the right to its cut on payments done through App Store, but apple not allowing Spotify to direct people to its website seems shady

djcerla
They should thank Apple and the App Store every morning before the coffee.
Score: 39 Votes (Like | Disagree)
Read All Comments