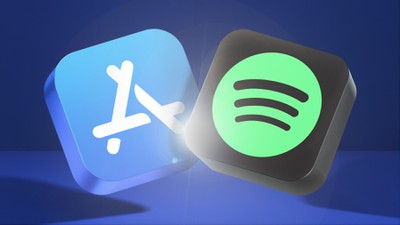 "Apple abuses its dominant position as a gatekeeper of the App Store to insulate itself from competition and disadvantage rival services like Spotify," Horacio Gutierrez, Spotify's chief legal officer, told lawmakers. Apple's restrictions on developers, he added, "are nothing more than an abusive power grab and a confiscation of the value created by others.

Spotify has had an ongoing feud with Apple since the debut of Apple Music. ‌Apple Music‌ is priced at $9.99, a price point that Spotify is unable to match due to the 30 percent cut that Apple takes, as it does not leave enough margin for Spotify to make money. Spotify has complained that it has no choice but to charge more on iOS devices and no alternative as Apple does not allow it to offer alternative signup or payment options in its app.

Match, meanwhile, complained that it had wanted to add ID verification rules to boost the app's safety in Taiwan, but Apple would not allow it to do so. Match contacted an Apple executive, who allegedly told the company that it should be glad Apple was not taking all of its revenue. "You owe us every dime you've made," the Apple executive reportedly said.

The "Antitrust Applied: Examining Competition in App Stores" hearing is examining App Stores and mobile competition, and is focused on Apple and Google. Apple's Chief Compliance Officer Kyle Andeer was in attendance to defend Apple.

Andeer stuck to Apple's standard talking points about how the ‌App Store‌ revolutionized software distribution and made it easier for developers to reach new users. Andeer said that Apple's strict ‌App Store‌ rules are designed to meet privacy, safety, and performance standards.

Apple's ‌App Store‌ rules are also facing a U.S. Department of Justice antitrust investigation, and Apple is currently gearing up for a showdown over its ‌App Store‌ policies with Epic Games.

macsimcon
You know, 25 years ago, Apple was about to self-destruct. Now they're the most valuable company on Earth. Perhaps if these little whiners like Tile, Epic, and Spotify innovated more and complained less, they might be able to compete, survive, and thrive.

This isn't flag football, this is capitalism. Stop your complaining and MAKE something.
Score: 41 Votes (Like | Disagree)

larrylaffer
The company that pays the least amount of money per play among all the streaming platforms is accusing someone else of a power grab.
Score: 36 Votes (Like | Disagree)

countryside
Shut up, Spotify! Make your own OS.
Score: 28 Votes (Like | Disagree)

nitramluap
Says the company who pays SFA to artists. The nerve.
Score: 28 Votes (Like | Disagree)

farewelwilliams
Except the 30% that Spotify doesn't want to pay supports the indie developers who rely on Apple developer resources to create useful apps for iPhone customers which expands the customer base and makes more money for indie devs in the long run. Don't like that paradigm? Then don't develop for it.
Score: 26 Votes (Like | Disagree)

Apple Music is priced at $9.99, a price point that Spotify is unable to match due to the 30 percent cut that Apple takes, as it does not leave enough margin for Spotify to make money.

Pretty sure Spotify hasn't turned a profit since they opened their business. Not sure how they're keeping the lights on.
Score: 18 Votes (Like | Disagree)
Read All Comments

Monday February 22, 2021 10:29 am PST by Juli Clover
Spotify today announced plans to introduce a new "HiFi" premium tier later this year, which will provide higher-quality lossless audio. According to Spotify, the feature will offer CD-quality music that will let fans experience more depth and clarity in their favorite tracks. Streaming music services like Tidal, Deezer, and Amazon Music have offered lossless audio options but to date,...
Read Full Article • 204 comments

Wednesday April 21, 2021 9:50 am PDT by Juli Clover
U.S. Senator Amy Klobuchar, who is spearheading an antitrust hearing on competition in App Stores, today called Apple's AirTags release "timely" because it is the type of conduct that she plans to examine, reports Reuters. "It's timely given that this is the type of conduct that we'll be talking about at the hearing," she said, while also mentioning that criticisms of the App Store and Play...
Read Full Article • 168 comments

Tuesday February 9, 2021 9:56 am PST by Juli Clover
Spotify is now testing its live lyrics feature in the United States, so some Spotify users will see an option to view lyrics synced to the music they're listening to on an iOS device. Live lyrics have already been tested and launched in other countries, and Spotify this morning confirmed to Engadget that the feature is available to some users in the United States."We can confirm we're...
Read Full Article • 24 comments