In late October, Apple filed an unspecified product in the Bluetooth SIG database with a "B2002" name, "Personal Computer" category, and "TBD" model number, and now the company has filed its trio of Macs with the M1 chip under the same entry. 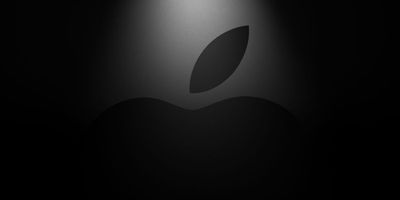 The latest MacBook Air, 13-inch MacBook Pro, and Mac mini with the M1 chip were added to the listing on February 10, 2021.

While these additions to the database rule out the possibility of the "TBD" item being an M1 Mac, the listing otherwise remains a mystery. Many other existing Apple products can be ruled out too, as there are separate Bluetooth database listings for the iPhone 12 lineup, Apple Watch Series 6 and Apple Watch SE, AirPods Max, HomePod mini, fourth-generation iPad Air, eighth-generation iPad, latest iPad Pro models, and more.

Products rumored to be in Apple's pipeline for release in 2021 include its long-awaited AirTags items trackers, a new Apple TV, second-generation AirPods Pro, and more, but it is simply unclear what the "TBD" listing represents.

In addition to entire products, Apple does occasionally file components in the Bluetooth SIG database, such as the H1 chip in the second-generation AirPods and the W2 chip in the Apple Watch Series 3. The "TBD" listing has a "Controller Subsystem + Host + Profile" description, so it is possible that it refers to the M1 chip or another component in the M1 Macs and simply has yet to be updated to reflect that, but it remains to be seen.

eroslws
The M1 iMac would be a day 1 purchase for me if they had Target Display Mode again.
Score: 20 Votes (Like | Disagree)

subjonas
I want TBD for my birthday.
Score: 12 Votes (Like | Disagree)

MacStreamer
Why is bluetooth still so inconsistent 30 years after it came out?
Score: 10 Votes (Like | Disagree)

Spock
B2002 most likely refers to the year after 2001 when the PowerMac G4 Cube suspended production. I’m pretty sure that this code name confirms the new MacPro M1 Cube.
Score: 5 Votes (Like | Disagree)

Wednesday March 2, 2022 5:06 am PST by Hartley Charlton
A YouTuber has successfully made the M1 Mac mini 78% smaller and added MagSafe in a unique DIY project, highlighting Apple's iterative approach to the current entry-level Mac mini ahead of the expected launch of a redesigned high-end model. When Apple introduced the M1 Mac mini in November 2020, it retained the exact same unibody design that the company has used since 2010. Subsequent teardow...
Read Full Article • 124 comments