Though Google has promised to update its suite of apps with App Privacy labels to comply with App Store rules that Apple began enforcing in December, many of its major apps have gone months without an update and still list no privacy information. 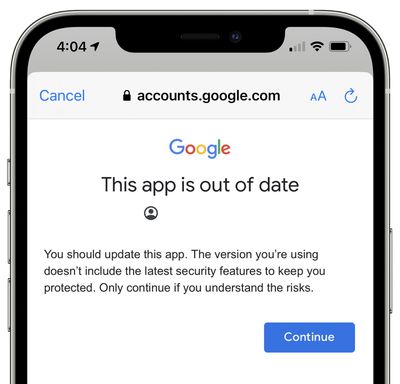 It's been so long since Google last updated the Gmail app, in fact, that Gmail now displays a warning that the latest security features are unavailable. As discovered by Techmeme editor Spencer Dailey, when you go to log into a new account in the Gmail app for iOS, it gives a warning that you should update and suggests that you only continue with the sign in "if you understand the risks."

Unfortunately, there is no update available for the Gmail app. Version 6.0.201115 of the Gmail app is the only available version of Gmail on the iPhone and iPad, and it hasn't been updated since December 1.

Google on January 5 claimed that it would be adding privacy data to its app catalog "this week or next week," but by January 20, most apps still had not been updated with the App Privacy labels.

Google has since quietly been adding labels to apps like YouTube, but major apps like Gmail, Google Search, Google Photos, Google Maps, and others still do not have privacy details. Even in apps that have gained with labels, there have been no feature or security updates for the most part.

It continues to be unclear why Google is taking so long to add App Privacy labels to its iOS apps, and there's no word yet on when Gmail will get an update. Google has been regularly updating its Android apps, and the last update for the Android Gmail app was released on February 9.

There has been speculation that Google is hesitant to provide the privacy label data because of the negative feedback that other companies like Facebook have received, but there's still no confirmed explanation. Dailey suggests in his blog post on the issue that Google's delay could perhaps be due to behind the scenes efforts to overhaul some of its data collection methods, and if there is indeed tweaking like that going on, it would explain why many of the main apps have yet to be updated.

App Privacy labels have been required since iOS 14.3 and are designed to provide customers with details about what data an app collects from them so they can make an informed choice when opting to install an app. App developers are required to self-report privacy information in the ‌‌App Store‌‌, and developers must identify all data collection and use cases.

Update: Google has pushed a server side update that removes the out of date warning when attempting to sign into a new account in the Gmail app.

no-no-no. GO back and check how often they update their apps. This became an issue when Apple told them to show privacy during the times they did update the app. This isn't blown out of proportion, this is actually a situation.

Agree. Look at the version history in the App Store. Before this updates were:

They updated twice a month or more. This is shady not wanting to disclose the app privacy sheet.
Score: 32 Votes (Like | Disagree)

MrTechAdvice
Google is trying to avoid being publicly shamed by the ios privacy labels LOL
Score: 18 Votes (Like | Disagree)

People are reading too much into this, they simply have not had anything to update on the iOS side, thus no update for a few months, take off your tin foil hats people. /s

no-no-no. GO back and check how often they update their apps. This became an issue when Apple told them to show privacy during the times they did update the app. This isn't blown out of proportion, this is actually a situation.
Score: 18 Votes (Like | Disagree) 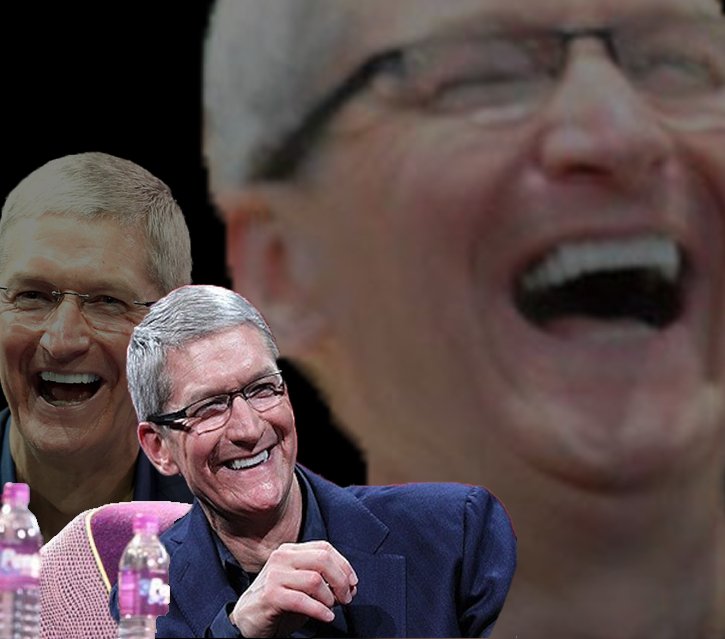 Scipster
Big lol. How long did Google have to prepare? It's not like they were blindsided by the iOS 14.5 privacy updates. They could have removed this warning from the last version prior to the privacy changes, at the very least!

Might consider going back to the native mail app after this!
Score: 16 Votes (Like | Disagree)
Read All Comments