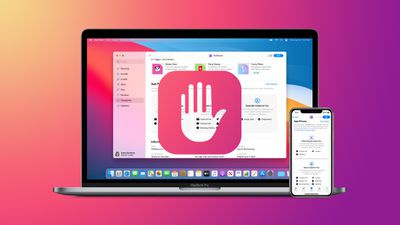 Apple implemented App Privacy information in iOS 14.3 to provide customers with upfront details about what data an app collects from them so they can make an informed choice when opting to install an app. App developers are required to self-report privacy information in the App Store, and developers must identify all data collection and use cases.
Tags: App Store, Google, Apple Privacy
[ 142 comments ]

Monday February 6, 2023 10:13 am PST by Juli Clover
Apple today released new tvOS 16.3.1 and HomePod 16.3.1 software updates, with the software coming two weeks after the tvOS 16.3 and HomePod 16.3 updates were released. According to Apple's release notes for HomePod software 16.3.1, the update includes general performance and stability improvements. Notes for tvOS 16.3.1 are unavailable as of yet, but are probably similar to the HomePod...
Read Full Article • 132 comments