Apple's rumored virtual reality (VR) headset may be released as soon as the first quarter of 2022, according to JP Morgan analysis seen by China Times. 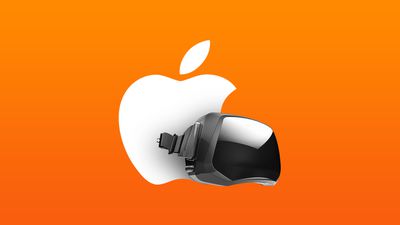 The report, spotted by iMore, explains that the "industrial design of Apple's headset will be close to that of other brands of VR headsets." The headset is said to feature six lenses and an optical LiDAR scanner to map the wearer's environment.

Most of the components for the headset will reportedly be manufactured starting in the fourth quarter of 2021. JP Morgan revealed some of Apple's suppliers for the device, such as TSMC for the device's processor, Largan and Genius Electronic Optical for the camera lenses, and Pegatron for assembly. The report also notes that the headset's supply chain is heavily concentrated in Taiwan.

JP Morgan believes that Apple's VR headset will be targeted at the top end of the consumer market, with pricing being "more expensive than VR headsets currently on the market." This is apparently explained by the cost of the device's materials, which "alone may exceed $500." This mirrors Mark Gurman's recent report that stated Apple's VR headset "will be far more expensive than those from rivals" and "on par with other pricey Apple products, such as the $5,999 Mac Pro desktop computer."

Gurman also said that "Apple has planned to launch the product as soon as 2022," which aligns with JP Morgan's first quarter of 2022 prediction.

Separately, JP Morgan also provided some information about Apple's rumored augmented reality (AR) glasses project. Due to the "extremely difficult supply chain management and industrial design specifications," JP Morgan predicts that Apple's glasses are unlikely to launch within the next 12 to 18 months, and that Apple is conscious to make the device "light, beautiful, easy to wear, and able to withstand long-term use." The need for prescription lenses and customization may also be hampering the move toward mass production.

Rumors surrounding Apple's VR headset and AR glasses have been increasing in recent months, with one of the devices said to be moving into the "second phase of development." Bloomberg recently clarified that Apple is planning to launch a virtual reality headset as a "pricey, niche precursor" to a more ambitious AR glasses product that is set to follow at a later date. Reliable analyst Ming-Chi Kuo said earlier this month that Apple will unveil an unspecified augmented reality device at some point in 2021.

Most recent rumors have centered on Apple's VR headset, which is thought to be much closer to production than its AR glasses, so it is possible that DigiTimes has conflated the two products. Regardless, in view of recent reports, it seems that Apple is focusing on establishing suppliers for its unreleased VR and AR hardware, which suggests that development on the products is continuing at pace.

Mike_Trivisonno
This will be how most of us get to experience the Apple Car. lol.
Score: 12 Votes (Like | Disagree)

-DMN-
Is this going to be an overpriced niche product like AirPods Max?
Score: 7 Votes (Like | Disagree)

Kylo83
I’ll buy it the second it’s out, I loved oculus but the lens quality wasn’t good so apple would make it so much better
Score: 5 Votes (Like | Disagree)

I don't know about overpriced, but I suspect it'll be an even nichier niche product than AirPods Max. I bet Apple is/will be selling AirPods Max in the millions. After all, most Apple customers listen to music -if only 1% of a billion iPhone users buys them, that's already 10 million units. But VR headsets? Of the 1 billion iPhone users, how many are serious enough game players to have a use for a VR headset? Most iPhone users I know, just play casual games (solitaire, chess, WWF, etc.) or no games at all! Let's just grab 1% out of the air again - so that's 10m units iff every game player is willing to plunk down more money for their VR headset than their iOS device cost them. Not very likely IMHO. Maybe 1-10% would. So that brings down total sales to below a million.
I know I just pulled these numbers out of my ar$e, they're just to illustrate my opinion on relative market sizes.

VR has great potential in professional fields as well. Gaming is just one aspect of its use.
Score: 3 Votes (Like | Disagree)

citysnaps
I'd buy it just for running X-Plane.
Score: 3 Votes (Like | Disagree)
Read All Comments