iOS 14.3 and associated software updates for iPadOS, macOS, watchOS, and tvOS are all launching today, bringing Apple's Fitness+ service and a number of other updates to users. 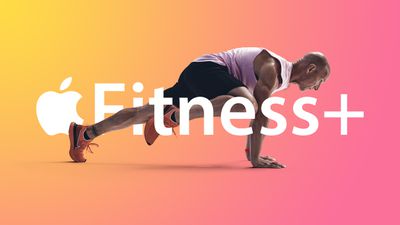 Apple's Fitness+ service will only be available in Australia, Canada, Ireland, New Zealand, the UK, and the US, but other iOS features like support for AirPods Max, new ProRAW camera support for iPhone 12 Pro models, and more will be available more broadly.

Apple has not announced when iOS 14.3 and Fitness+ will be launching today, but Apple's iOS updates tend to come out around 10:00 a.m. Pacific Time. While there are no guarantees Apple will stick to its usual release timing, that seems to be a pretty reasonable guess, so we've put together this list of corresponding times around the world:

Early media reviews of Apple Fitness+ have already hit the web this morning and are generally positive, and we'll have more coverage of today's updates when they become available.

travis64
Ready to use my fake peloton
Score: 6 Votes (Like | Disagree)

Sparkie_e
Remember how wrong this timeline was for iOS 14 release..... ?
Score: 4 Votes (Like | Disagree)

happy orchard
My app is stuck on 'Looking for Apple Watch' for a bit, then ends up saying 'apple watch unavailable.' Updated both. Rebooted both. Anybody have a similar problem? Or a solution?
Score: 3 Votes (Like | Disagree)

edwrap
Any word on if this fixes the battery drain issue?
Score: 2 Votes (Like | Disagree)

Saturday February 4, 2023 10:05 am PST by Eric Slivka
Online retailer TigerDirect has slashed pricing on the M1 iPad Air in several colors, offering the base 64GB configuration for just $313.99 in Purple and Pink. Note: MacRumors is an affiliate partner with TigerDirect. When you click a link and make a purchase, we may receive a small payment, which helps us keep the site running. That's a savings of 48% compared to Apple's normal $599.00...
Read Full Article • 511 comments