Apple today shared its App Store Best of 2020 winners, highlighting its picks for the top iOS, iPadOS, and macOS apps and games released over the course of the year. 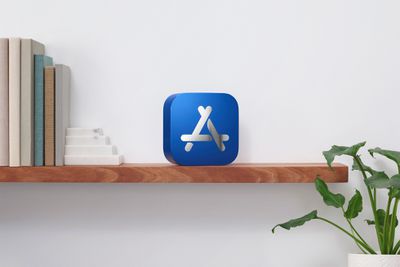 Apple's iPhone App of the Year award went to Wakeout!, which is a family friendly exercise and movement app that encourages people to complete easy exercises while at home. Apple's iPad App of the Year was Zoom, which soared in popularity due to the number of people working and learning from home this year.

Apple's ‌iPhone‌ Game of the Year was open world RPG Genshin Impact, which allows players to explore a huge game world filled with colorful monsters and earthshaking titans. The ‌iPad‌ Game of the Year was Legends of Runeterra, a collectible card game set in the League of Legends universe.

Apple also highlighted several apps that were part of the 2020 trend of "helpfulness," helping users to get the "daily self-care they needed." App picks in this category include classroom app Everything Whiteboard, kid-friendly chat app Caribu, Pokémon Go, charity app ShareTheMeal, and meditation app Shine.

Apple's Phil Schiller said that Apple in 2020 saw "remarkable efforts" from so many developers in 2020.

"This year, more than ever before, some of our most creative and connected moments happened in apps. This was thanks to the amazing work of developers who introduced fresh, helpful app experiences throughout the year," said Phil Schiller, Apple Fellow. "Around the world, we saw remarkable efforts from so many developers, and these Best of 2020 winners are 15 outstanding examples of that innovation. From helping us stay fit and mindful, to keeping our children's education on track, to helping fight hunger, their impact was meaningful to so many of us."

Each winner will receive a physical ‌App Store‌ Best of 2020 award, which is the first time an actual physical award has been provided to developers. Awards feature the ‌App Store‌ logo set into 100 percent recycled aluminum with the name of the winner engraved on the other side.

All of the apps can be downloaded from the iOS and macOS App Stores, which feature banners highlighting all of the top app picks.

AmazeSE
We can’t multitask with zoom properly. If we open another app in split view the camera turns off. Why does this happen?
Score: 10 Votes (Like | Disagree)

That’s interesting? Disney+ has a gargantuous backlog library to pull from. Apple TV+ is carefully selected brand new shows/movies (mostly). Definitely quality over quantity. While they’re both technically streaming services, I don’t see them as being in the same league.

Plus, did you really expect ANDROID authority to choose anything Apple as superior?
Score: 7 Votes (Like | Disagree)

myrtlebee
Zoom is not the best. Zoom is only the most used (this year).
Score: 5 Votes (Like | Disagree)

We can’t multitask with zoom properly. If we open another app in split view the camera turns off. Why does this happen?

Yes, the iPad Zoom app is pretty much useless for serious work because of this.
Score: 3 Votes (Like | Disagree)
Read All Comments

Thursday March 18, 2021 11:00 am PDT by Juli Clover
We have a special Thursday giveaway this week, coming to you from Boss Team Games and Gamaga, who want to celebrate the launch of strategic turn-based fighting game Cobra Kai: Card Fighter, which can be downloaded today from the App Store. Boss Team Games and Gamaga are offering an iPhone 12 Pro to one lucky MacRumors reader, which will come with in-game currency to spend in Cobra Kai: Card...
Read Full Article • 31 comments