Code in iOS 14.3 Adds Support for Third-Party Bluetooth Trackers With Find My Integration

Code in iOS 14.3 suggests that Apple is rolling out the groundwork to add support for third-party item trackers to the Find My app, as well as additional support for AirTags. 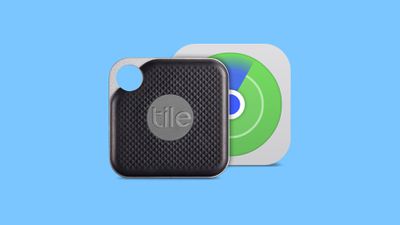 It is, in fact, similar to the ‌AirTags‌ that Apple is working on, but for third-party products. It's not yet clear what manufacturers plan to implement this functionality, but it seems like it could be added to a range of different Bluetooth devices.

There are several strings of code in iOS 14.3 that hint at how it will work, with the info discovered by MacRumors contributor Steve Moser.

The beta also includes related icons (one of which may unveil the design of AirPods Studio) and some ‌AirTags‌ images that we've previously seen, all under the codename "Hawkeye."

It's not clear when we might see the first items that are able to integrate with the ‌Find My‌ app, but it appears that Apple is gearing up for support so we could perhaps be seeing some Find My-compatible Bluetooth items in the near future.

StaceRumors
It's pretty clear they needed to get this out first to avoid anti-cometiticive lawsuits before releasing AirTags. Once 14.3 is out, I bet we'll see AirTags finally launch.
Score: 10 Votes (Like | Disagree)

It's pretty clear they needed to get this out first to avoid anti-cometiticive lawsuits before releasing AirTags. Once 14.3 is out, I bet we'll see AirTags finally launch.

If anything for me it was Tile that was coming across anti competitive by crying about Apple potentially launching tags before they have even been released. Tile could always try making their own phone. Spotify is another one that just whinges. And state Apple has an unfair advantage then Spotify brags about how many users they have. These other companies do not appear to be that smart.
Score: 8 Votes (Like | Disagree)

BWhaler
So much for those anti-trust claims.

I bet this is one of the reasons why the Apple trackers were delayed. Now Tile, et al. is free to compete along with everybody else.
Score: 6 Votes (Like | Disagree)

Tile can make as much noise as they want. I bought one of their trackers a couple of years back, and it was a horrible experience. You couldn’t pay me to use them ever again.

Is it anti-competitive when Apple has a legitimately superior product that threatens to marginalise your entire business model? Or is it just a sign that you are unfit to compete, like BlackBerry, Pebble, and numerous other competitors that Apple has laid waste to?
Score: 4 Votes (Like | Disagree)
Read All Comments