As wildfires continue to rage across California and Oregon, Apple CEO Tim Cook today announced on Twitter that Apple plans to donate additional money to firefighting and recovery efforts across the West Coast. 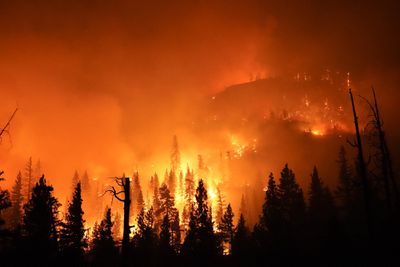 Apple is making additional donations to firefighting and recovery across the West Coast. Our hearts are with those that have lost so much. The fires are an urgent reminder that we must act together to protect the planet we all share. — Tim Cook (@tim_cook) September 11, 2020

The original fires caused by lightning have been largely contained, but hot weather and dry conditions have caused other fires to start.

Fires on the West Coast are expected to continue through October, a time of the year we've come to know as fire season, with high winds, low humidity, and high temperatures leading to the ignition of dry brush.

I do not understand your kind of humor. And I don't want to.

It wasn’t supposed to be funny. Forrest fires happen all the time In nature, but they usually stay low and burn off the ground brush and dead trees, opening up new ground for trees, and it’s good for the wildlife as well. But since we started putting out fires, the brush gets to large and unwield. Now when a wild fire starts it so big that it burns all the trees and everything.
Score: 9 Votes (Like | Disagree)

It's unfortunate that we lose so much of the environment due to careless human activity. 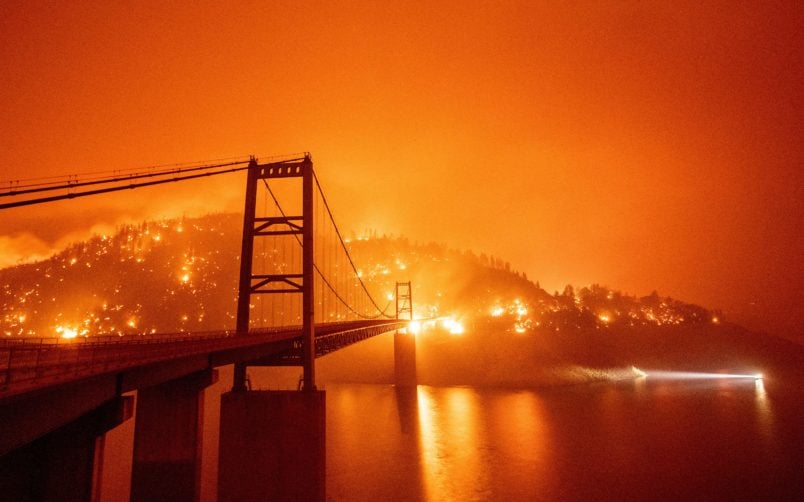 There are also now just way too many people in “interface” zones, where human habitat brushes up against the wilderness. Too many houses in the hills, too many careless hikers and campers. The population out west has exploded and the land just can’t support it. Throw in climate change and fire suppression and you have a recipe for disaster.

This isn't about fire suppression. This is the fact that we as humans are causing most of the fires to begin with and human caused climate change making wildfires burn for much longer. https://www.nps.gov/articles/wildfire-causes-and-evaluation.htm
Score: 7 Votes (Like | Disagree)

Wildfires? Really? Worldwide network of infrared satellites to detect wildfires and extinguish them in five minutes after ignition using seaplanes and helicopters. Capturing pyromaniacs on the spot. End of problem. Forever.

Science fiction can solve a lot of problems.
Score: 7 Votes (Like | Disagree)

gaximus
Ironically these fires are so bad because we are so good at putting out the fires.
Score: 6 Votes (Like | Disagree)

That's exactly right.
California, Oregon and Washington have been "burning to the ground" for millions of years. Total devastation from wild fires has been part of the west coast ecosystem since forever.
Suppressing wild fires only puts off the inevitable and makes it worse the next time around because more fuel gets stockpiled from old growth.
Wildfires are inevitable and "normal". It's horrible of course when homes get burned down and people die.

What a a load of BS. The majority of wildfires today aren't started by nature itself. What's happening isn't just nature taking it course. We as humans are causing most of the wildfires and we as humans are creating a world at which wildfires are far more common than what nature would cause. https://www.nps.gov/articles/wildfire-causes-and-evaluation.htm
Score: 6 Votes (Like | Disagree)
Read All Comments

Apple to Donate to Hurricane Ida Relief and Recovery Efforts

Monday August 30, 2021 7:40 am PDT by Joe Rossignol
Apple will be donating to Hurricane Ida relief and recovery efforts on the ground after the devastating category four storm made landfall in Louisiana over the weekend, according to a tweet from Apple CEO Tim Cook. "Our thoughts are with everyone in Hurricane Ida's path, especially those sheltering in Louisiana, and we're grateful for the first responders who are helping keep communities...
Read Full Article • 30 comments

A Samsung Galaxy A21 Smartphone Caught Fire on a Plane

Tuesday August 24, 2021 5:04 pm PDT by Juli Clover
An Alaska Airlines flight was evacuated on Monday night after a smartphone on the plane caught fire, reports The Seattle Times (via The Verge). A spokesperson for the Port of Seattle said that the device that was burned was a Samsung Galaxy A21. In an email to The Seattle Times, the Port of Seattle spokesperson said that the phone was "burned beyond recognition," but the passenger who owned ...
Read Full Article • 111 comments

Saturday December 11, 2021 2:54 pm PST by Joe Rossignol
Apple will be donating to support relief efforts on the ground following tornadoes and other severe weather across parts of the central and southern United States, according to a tweet shared by Apple CEO Tim Cook on Saturday. Cook did not reveal the exact amount that Apple will be donating, but the company routinely supports relief efforts following natural disasters. At least 30...
Read Full Article • 134 comments