Ridley Scott Comments on Epic Games' Parody of His '1984' Ad

Ridley Scott, director of the original "1984" Apple Macintosh advertisement, has commented on Epic Games' recent parody of his ad, in an interview to IGN. 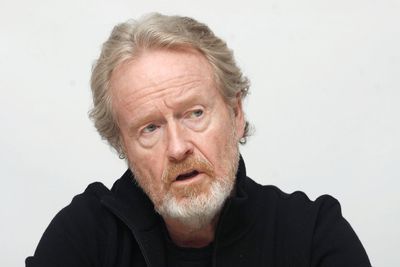 When ‌Epic Games‌ launched its campaign against Apple over alleged anticompetitive App Store policies, it premiered a shot-for-shot remake of Apple's famous "1984" Super Bowl commercial directed by Ridley Scott, titled "Nineteen Eighty-Fortnite." The original commercial was based on the novel "Nineteen Eighty-Four" by George Orwell and was meant to convey Apple as a rebel against an oppressive regime believed to be IBM.

"‌Epic Games‌ has defied the ‌App Store‌ Monopoly. In retaliation, Apple is blocking Fortnite from a billion devices. Join the fight to stop 2020 from becoming '1984,'" text at the end of the ad reads.

Scott confirmed to IGN that he has seen Epic's parody, and explained that while he feels that the Fortnite ad was well produced, it could have had a more powerful message.

I sure have and I wrote to them because on the one hand I can be fully complimented by the fact they copied [my commercial] shot for shot. But pity the message is so ordinary when they could have been talking about democracy or more powerful things… And they didn't use it.

Fortnite has been in violation of the ‌‌App Store‌‌ rules since August 13, when it introduced a direct payment option that avoided Apple's in-app purchase system by allowing payments directly to ‌Epic Games‌. Shortly after Epic blatantly disregarded ‌‌App Store‌‌ policies, Apple removed the app from the ‌‌App Store‌‌, leading to a lawsuit from Epic and a quickly escalating legal battle between the two companies. On Friday, Apple terminated ‌Epic Games‌' developer account.

I respect this guy’s opinion like anyone else. But just because he made a good Apple ad a long time ago does not mean he has the best take on this fundamental debate on App Store policies or should be given an elevated platform.

But folks on the forums should have the right to comment?

Seriously, Epic copied his work. What more reason does he need to he able to comment?
Score: 55 Votes (Like | Disagree)

xnu
You know, I saw original commercial live and know it well. I am not sure why I never knew Ridley Scott had directed it. I learned something new today. Thank you MR.
Score: 35 Votes (Like | Disagree)

clickerclacker
I really don't understand this. No-one is stopping Epic Games from launching their own phone, OS, and App Store. If that were the case, fair play. But it's not. What an entitled company they must be. I hope Apple never gives in to their bullying. They need to pay up like everyone else, or just sell through other platforms instead.
Score: 33 Votes (Like | Disagree)

savagemic
It would be easier to be on Epic's side if they were advocating for a lower percentage but they aren't, they want to be able to use the platform Apple created free-of-charge.
Score: 20 Votes (Like | Disagree)

UK-MacAddict
I do think 30% cut is a bit greedy from Apple. But at the same time nobody is forcing Epic to use the platform.

In this particular case Epic broke the contract end of story, should be nothing here to argue.

What would Epic Games do if a developer did not want to pay the 12% Epic Games Store fee and only gave them 6%?
Score: 18 Votes (Like | Disagree)

Epic could have used the opportunity to criticize China’s treatment of the Uighur and the brainwashing detention camps that are straight out of 1984.

But since the monopoly Tencent owns Epic they can’t do that.
Score: 13 Votes (Like | Disagree)
Read All Comments

Epic Games Not Satisfied With Ruling in Case Against Apple, Files Appeal

Monday September 13, 2021 2:02 am PDT by Sami Fathi
Epic Games has filed an appeal against the ruling in its case against Apple, further prolonging the already year-long legal battle between the two companies. The ruling, announced on Friday, sided with Apple on nine out of the ten counts that Epic Games had presented against the company. Epic, from the start, had alleged that Apple is anti-competitive and that it should open up its devices...
Read Full Article • 216 comments