Last week, multiple startup companies in Korea called for an investigation into Apple and Google's in-app purchase practices. Now, The Korea Herald has confirmed that the Korean Ministry of Science and ITC will launch an investigation to look into the two companies' "excessive commissions." 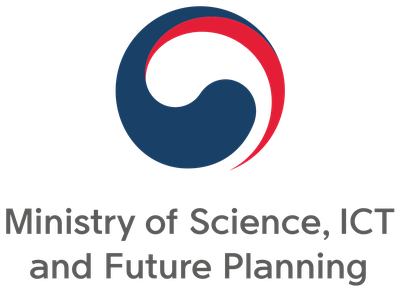 The investigation will examine platform fees, payment systems, and whether Apple and Google have violated Korean laws that prohibit technology service operators from obstructing users to choose services.

Apple and Google made up 87.8 percent of the Korean app market in 2019, and the issue is effectively an antitrust investigation. The original petition submitted by an alliance of app developers and small companies argued that platform operators are using their immense market share to give developers no choice but to submit to high commission fees.

"[The ministry] will carefully monitor and prepare policies that can cope with the increasing influence of platform providers," a Ministry of Science and ITC spokesperson said. "The ministry will also mediate between developers and platform operators to secure user rights."

The ministry laid out plans to collect opinions from local app developers and smaller market sources to see if the companies' platform fees are unfairly hindering business operators and in turn raising prices for consumers.

The outcome of the investigation could be sweeping amendments to Korea's new Telecommunications Business Act, which takes effect in January.

how is it anti-competitive please explain ... You can create a web app and it will run perfectly fine on Safari. An app does not have to be in the App or Google Play Store. The 30% is with in like with all other app store including consoles.

Well. It does not. Safari does not support PWAs for instance.

Anyway it does look like the South Korean approach is more mature than the US. Look at market prices of the services embedded, market share so on and so forth. To have a sense of how the Conglomerate uses each business to ramp the prices up of the other and customer control. This is better than the US circus kind of approach.

Heck, you just need to go there and observe how far behind in tech the rest of the world is, including the US. It’s another world.
Score: 14 Votes (Like | Disagree)

So Apple or Google is ever forced to let 3rd party payment systems in, when the customer gets ripped off or has a complaint who do you think the will call and blame, yep Apple and Google. Maybe they should just allow it to happen and let the shenanigans begin.

Wrong. Netflix has it's own payment system and if they rip me off I would blame them, not Apple or Google. People are doing mental gymnastics to avoid the truth that this is an anti consumer practice that needs to end. Authorities and experts all over the world can see it. Why can't you?
Score: 12 Votes (Like | Disagree)

Monopoly, duopoly etc. The word you are looking for is cartel. That’s what Apple and Google are running in the mobile space.

That's a load of garbage. If Apple and Google are cartels, then so is Microsoft and Sony. Why isn't S. Korea investigating them? They're all guilty of being greedy, but everyone (including Epic) are in the same game. Apple just needs to introduce a graduated system of fees, rather than their standard across-the-board 30%.
Score: 10 Votes (Like | Disagree)

Well. It does not. Safari does not support PWAs for instance.

I’ll get downvoted by some numbnit going out to bat for a double trillion dollar corp, but you are absolutely correct.

Apple does not support PWA’s. When I nixed my apps because of Apple’s increasingly grubby practices, I looked into PWA’s. Full support on Android so I’ve left one app up on the web. But not Apple.

if I had the inclination I’d start a class action against Apple for what appears to be no reason other than grubby corporate greed for defacto PWA standards not being supported by Apple.

It’s a blatant lie to say web apps are supported on iOS and needs to be called out anytime someone says it.
Score: 10 Votes (Like | Disagree)

portland_bill
Monopoly, duopoly etc. The word you are looking for is cartel. That’s what Apple and Google are running in the mobile space.
Score: 8 Votes (Like | Disagree)

how is it anti-competitive please explain ... You can create a web app and it will run perfectly fine on Safari. An app does not have to be in the App or Google Play Store. The 30% is with in like with all other app store including consoles.

That's silly. It's tantamount to saying Apple might as well close down the App Store.

Native apps and web apps typically do very different things. The most obvious difference is that most native apps will work whether or not you are connected to the internet.
Score: 7 Votes (Like | Disagree)
Read All Comments

Friday July 30, 2021 9:04 am PDT by Sami Fathi
Tesla CEO Elon Musk reportedly once demanded that he be made Apple CEO in a brief discussion of a potential acquisition with Apple's current CEO, Tim Cook. The claim comes in a new book titled "Power Play: Tesla, Elon Musk and the Bet of the Century," as reviewed by The Los Angeles Times. According to the book, during a 2016 phone call between Musk and Cook that touched on the possibility of ...
Read Full Article • 272 comments

Monday August 2, 2021 2:12 am PDT by Sami Fathi
For future iPhones, iPads, and MacBooks, Apple plans to use smaller internal components in an effort to increase the size of the device's battery, according to DigiTimes. Image Credit: iFixit Specifically, Apple plans to "significantly increase the adoption" of IPDs or integrated passive devices for the peripheral chips in its products. These news chips will be slimmer in size and allow for...
Read Full Article • 68 comments

Monday August 2, 2021 9:34 am PDT by Juli Clover
Apple is preparing for a slew of fall product launches according to new filings that showed up today in the Eurasian Economic Commission database. There are listings for new Mac and Apple Watch models, all of which have previously unknown model identifiers that indicate that they're upcoming devices. There are six new Apple Watch identifiers, including A2473, A2474, A2475, A2476, A2477, and...
Read Full Article • 119 comments

Monday August 2, 2021 3:22 am PDT by Tim Hardwick
YouTube is piloting a new cheaper subscription tier in Europe called "Premium Lite," which offers ad-free viewing minus YouTube Premium's other features. First spotted by a user on ResetEra and subsequently confirmed by Google, the "Lite" plan means users who aren't interested in offline downloads or background playback can still enjoy YouTube videos on web and mobile app without being...
Read Full Article • 135 comments