Last year, seven artists led an augmented reality project in Apple Stores around the world. A new free documentary now available on Apple TV highlights the work of each artist and tells the story of pushing "the boundaries of their work by exploring the uncharted territory of augmented reality art." 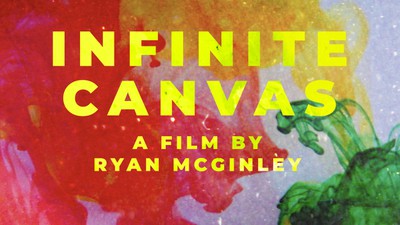 "Infinite Canvas" is the debut documentary film of award-winning photographer Ryan McGinley, and follows each of the seven artists as they explain their creative approaches to AR. In 2018, McGinley traveled to discuss augmented reality with creatives around the world.

In collaboration with Apple and the New Museum, this project became "[AR]T;" a series of interactive AR installations at flagship ‌Apple Stores‌ across the globe. The [AR]T installations became part of the Today at Apple program.

The documentary focuses on the creative experience of making art for AR, encouraging the artists behind it to talk about their process, motivation, and perspective on the intersection of creativity and technology. McGinley talks with Nick Cave, Nathalie Djurberg, Hans Berg, Cao Fei, Carsten Höller, Pipilotti Rist, Sarah Rothberg, and the celebrated late poet John Giorno.