Leaker Jon Prosser, who has a somewhat mixed track record when it comes to predicting Apple's plans, today said that new iPhone 12 models and new iPads will launch in October. 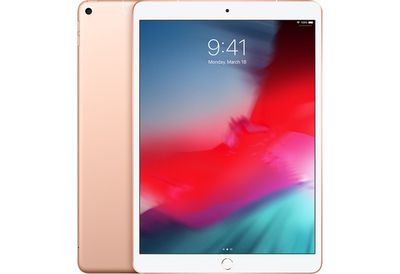 Multiple rumors have suggested that some or all of the ‌iPhone 12‌ models coming this year will see a later than normal launch. Apple typically unveils and releases new iPhones in the month of September, but problems caused by the global health crisis have resulted in manufacturing delays.

Just today, Qualcomm insinuated that one of its 5G partners will see a "slight" launch delay, a statement that most likely refers to Apple. Apple plans to use Qualcomm's 5G chips in all new 2020 iPhone models.

So far we don't know exactly how long the iPhones will be delayed, but Apple could unveil new devices in September and then release them later, as it did with the ‌iPhone‌ XR in 2018. October is a relatively safe guess, as Qualcomm suggested the delay won't be too long and other rumors have also pointed toward an October launch.

Prosser did not provide insight into which iPad models will see a refresh, but there have been some rumors suggesting an iPad Pro with mini-LED display is in the works, though most information suggests that launch has been delayed until 2021.

The ‌iPad Pro‌ was already refreshed this year, but Apple has not yet updated the iPad mini, the iPad Air, or the low-cost iPad, so all of those could see minor revamps.

There have been some specific rumors indicating that Apple is working on an 11-inch iPad Air with an all-screen display and under-display Touch ID, and if accurate, that would be the most notable ‌iPad‌ refresh on the horizon.

Prosser has accurately predicted some of Apple's launch plans, but he has also shared incorrect information such as suggesting Apple planned to rename the ‌iPhone‌ "iPhoneOS" and providing images of a fake AirPower-like wireless charging mat. Some of his claims have also been somewhat outlandish, such as the suggestion that Apple is working on a set of Steve Jobs heritage edition Apple Glasses modeled after the glasses that Jobs wore.

Earlier this week, Prosser said that Apple will launch a new iMac in August.

JPack
Jon Prosser... who got everything wrong about WWDC. Claimed the iPhone SE2 uses XR camera hardware. And presented a stolen AirPower-clone photo as his own.

Makes an obvious claim hours after Qualcomm announced a delay in 5G shipments.

Thanks, Prosser ? We would have never guessed October without your insight!
Score: 30 Votes (Like | Disagree)

B4U
"who has a mixed somewhat mixed track record when it comes to predicting Apple's plans"
In other words...?

farewelwilliams
stating the obvious to increase his credibility.
Score: 15 Votes (Like | Disagree)

Your iPhone gas it easy, my iPhone 6 is crying itself to sleap evry nightm rhe akes an pains of old adge is. Sking its life hell, well hold on ther old phone as son as I have a 12 in my hand you will be retiered.

Ok, what the hell are you trying to say? It reads like you were either typing on an original iPhone SE while wearing boxing gloves or you fell asleep with your face on your keyboard, ?.
Score: 10 Votes (Like | Disagree)

DinkThifferent
BREAKING NEWS - My sources have confirmed Apple will release a new iPhone between August and December of 2020. And I get multiple reports that Apple will host a WWDC in 2021 but i'm not entirely sure about that.
Score: 8 Votes (Like | Disagree)

ArrayDecay
October would be good. Better than November.
Score: 7 Votes (Like | Disagree)
Read All Comments