Apple is working on a limited-edition version of its augmented reality smart glasses that's designed to look like the round, frameless glasses that Steve Jobs was famous for wearing, according to Jon Prosser. 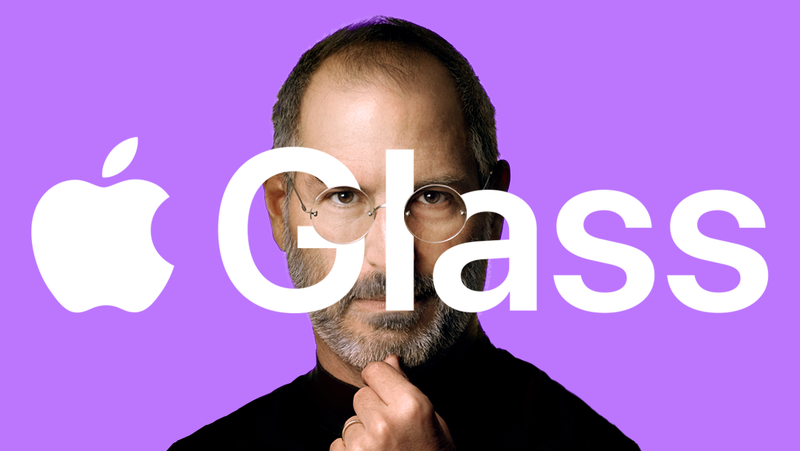 Prosser, who runs YouTube show Front Page Tech and who has been sharing a flood of Apple rumors in recent weeks, mentioned the detail in Cult of Mac's latest Cultcast podcast.

Prosser says that the "Steve Jobs Heritage" edition version of the "Apple Glass" smart glasses that Apple is working on will be similar to the gold Apple Watch that was available when the ‌Apple Watch‌ first launched.

"They're also working on a prototype, a Steve Jobs Heritage Edition," Prosser said. "Similar to how we had an ‌Apple Watch‌ Edition, like that ridiculous $10,000 gold one when it first came out." Prosser went on to call the glasses "Some like tribute to Steve Jobs, obviously just like a pure marketing ploy at this point."

According to Prosser, Apple's smart glasses will come in a range of styles, with the "Heritage Edition" positioned as a limited time special version. He said he doesn't know what material the heritage version will be made from, nor how much it will cost.

Prosser also said that he has seen a prototype version of the smart glasses (the non-limited edition model) and called them "sleek as hell," similar to a pair of classic Ray-Ban Wayfarers or the glasses that Apple CEO Tim Cook wears.

Wayfarers from Ray-Ban
Both lenses have displays, and there are no "projector" components, with Prosser describing Apple as using in-display technology. They're "made to look like glasses" without cameras and other tech "all over the place." At launch, Apple glasses will be similar to the original ‌Apple Watch‌ - a product that will be simple to start out with, but will evolve over time.

Earlier this week, Prosser claimed that Apple's smart glasses will be called as "Apple Glass," despite the fact that Google already used the "Glass" name for Google Glass years ago. The glasses will reportedly be priced starting at $499, and will be available with prescription lenses for an additional fee.

Prosser said that Apple was planning to unveil the glasses as a "One More Thing" surprise at the iPhone event in the fall, but the announcement could be pushed back to a March 2021 event due to the global health crisis.

It's worth noting that Bloomberg's Mark Gurman, who has a well-established track record for sharing info on Apple's plans, has called all of Prosser's smart glasses leaks "complete fiction."

Do I even need to say that this (along with the rest of the Apple AR glasses stories in the past week) is complete fiction? https://t.co/oLK3VVbz8H — Mark Gurman (@markgurman) May 21, 2020

Full details from Prosser are available in the Cultcast podcast, with the relevant information starting at about 57 minutes into the show.

farewelwilliams
Obviously fake. Prosser just lost a bunch of credibility. It's possible Apple fed some employees some bad info to figure out who's been leaking to Prosser.

Mark Gurman has had a great track record, and he said (on his Twitter) that it's a work of fiction.
Score: 42 Votes (Like | Disagree)

ericg301
I hate it when mommy and daddy fight
Score: 20 Votes (Like | Disagree)

JPack
Details seem way too specific for a product to be launched in 18 months. Product names are marketing details that don't get finalized until late in the product launch cycle. This "leak" is likely to be a canary trap scheme where Apple feeds specific information to find leakers.

satchmo
Wouldn’t be surprised if Apple begins to feed Prosser with fake info to discredit him.
Score: 10 Votes (Like | Disagree)
Read All Comments