Taylor Swift's new album has achieved a new high for most streamed pop album on Apple Music since its surprise release last week (via Deadline). Folklore set a record for the most streams in a 24-window on the service, reaching 35.47 million plays. 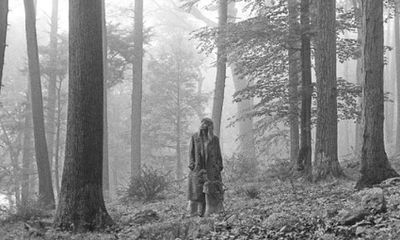 Its success was even more impressive on Spotify, where the singer-songwriter's eighth studio album racked up 79.4 million listens in its first 24 hours of availability, according to Swift's Republic Records label.

Written and recorded remotely during the first few months of the global health crisis, Folklore finds the 30-year-old singer-songwriter teaming up with The National's Aaron Dessner and longtime collaborator Jack Antonoff for a set of ruminative and lo-fi bedroom pop songs.

Since its Thursday release, the album also surpassed 1.3 million global sales in its first twenty-four hours, which should see the album easily debut at No. 1 on the Billboard albums chart, giving it the best showing since Swift's Lover album came out in 2019.

Swift and Apple have famously had a somewhat rocky relationship in previous years, with the artist in 2015 penning an open letter to ‌Apple Music‌ about the service's initial stance on refusing to pay royalties to artists during the three-month free trial period. Swift opposed this aspect of ‌Apple Music‌, so she decided to keep her 2014 album 1989 off of ‌Apple Music‌ at the time.

Soon after the letter was publicized, Apple reversed course and began paying artists during this period of time when new subscribers are on the free trial of ‌Apple Music‌. This eventually led to a closer relationship between Swift and Apple, with her music debuting on the service along with the launch of a series of Apple Music ads starring Swift that debuted throughout the spring of 2016.

More recently, last year Swift partnered with Apple in the company's retail store-hosted "Music Lab" sessions, in which customers find out what inspired artists to write their songs.

mnsportsgeek
I love reading comments from tech nerds about Taylor Swift on this website. Never fails to make me laugh.
Score: 24 Votes (Like | Disagree)

I love reading comments from tech nerds about Taylor Swift on this website. Never fails to make me laugh.

Problem is they're not tech nerds. They’re tech nerd wannabes who want us to believe they know what they are talking about.
Score: 10 Votes (Like | Disagree)

Caliber26
She’s been in a never-ending stream of personal feuds and drama with so many folks in her industry, always portraying herself as the victim. At some point you have to look at the common denominator and stop supporting cunning narcissists like this.
Score: 8 Votes (Like | Disagree)

Rogifan
I don’t get it. Her music does nothing for me. ?
Score: 7 Votes (Like | Disagree)
Read All Comments