Eddy Cue, Apple's senior vice president of Internet Software and Services, posted on Twitter tonight in response to concerns that Apple would not be paying artists during the three month free trial of Apple Music. Cue wrote that Apple will now be paying artists during the initial free trial of Apple Music, in a reversal from their previous policy.

The most vocal criticism came earlier today from Taylor Swift, who argued that many indie artists would suffer under the plan. Cue responded specifically to Swift on Twitter and, according to

Apple Music will launch on June 30 as part of an upcoming iOS 8.4 update. After the service's free three-month trial it will cost $9.99 per month for individuals and $14.99 a month for families up to 6.

Update 4:30 AM PT: Cue confirmed to Re/code's Peter Kafka that Apple Music will pay rights holders an undisclosed amount on a per-streaming basis during the free trial period. Swift tweeted that she is "elated and relieved" about the change of course, although Cue told multiple publications that she has not yet agreed to stream top-selling album "1989" through Apple Music.

I am elated and relieved. Thank you for your words of support today. They listened to us. — Taylor Swift (@taylorswift13) June 22, 2015

Cue also told BuzzFeed News reporter John Paczkowski that "Taylor Swift's tweet today solidified the issue for us" and "we decided to make a change." Paczkowski says that all artists will be paid during the free trial period, although deals with publishers already on board with Apple Music stand. Cue personally called Swift to inform her of the decision and said "she was thrilled to hear from us."
Tag: Apple Music Guide
[ 1030 comments ] 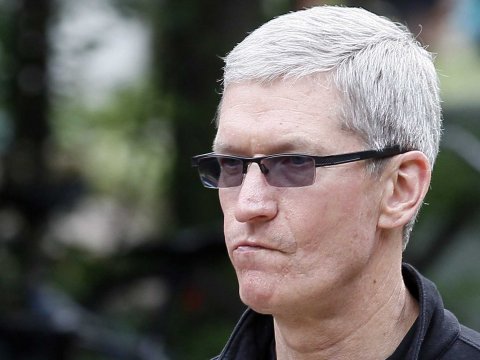 Reverses course? What if they did that from the beginning?

Then it wouldn't be reversing course.
Score: 100 Votes (Like | Disagree)

By the way, this is the shortest MacRumors article I've seen in years. Short and to the point. I like it.
Score: 67 Votes (Like | Disagree)

Robert M.
Well, they shut that down quick. Good for them. What's a few million in royalties to a billion dollar company? Now let's see if T. Swift does her part by placing 1989 on Apple Music.
Score: 40 Votes (Like | Disagree)

BtradI1
Should have just paid them in the first place...
Score: 37 Votes (Like | Disagree)

Should have just paid them in the first place...

Everyone should do everything right in the first place...
Score: 31 Votes (Like | Disagree)
Read All Comments