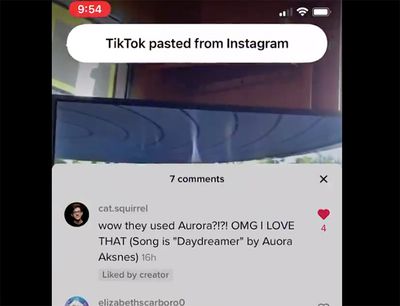 Image via Jeremy Burge
TikTok users who upgraded to iOS 14, for example, quickly noticed constant alerts warning them that TikTok was accessing the clipboard every few seconds. After being caught, TikTok now says that it's removing the feature.


Prior to when iOS 14 was released, a pair of developers sounded an alarm letting users and Apple know that iPhone and iPad apps were quietly accessing the clipboard. Apple's new iOS 14 feature appears to have been added in response, and apps are no longer able to read the clipboard without users knowing exactly what's going on.

iOS 14 is limited to developers at the current time, but Apple plans to release a public beta version next month ahead of the software's fall launch. Clipboard reporting is just one of the many new privacy features in iOS 14, with a full list available in our iOS 14 roundup.