France has asked Apple to remove a Bluetooth limitation that it claims is delaying the launch of a government-designed app for contact tracing to fight the coronavirus, reports Bloomberg. 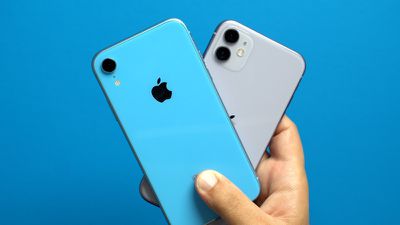 iOS has a restriction that prevents apps like the one France is working on from using Bluetooth in the background if the data collected is going to be moved off of the device, which is a rule designed to protect user privacy. With this limitation, a contact tracing app is only able to access Bluetooth when an iPhone is unlocked and the app is open.

France's Digital Minister Cedric O told Bloomberg that that France is aiming to launch a contact tracing app by May 11 and that Apple's restriction is standing in the way.

"We're asking Apple to lift the technical hurdle to allow us to develop a sovereign European health solution that will be tied our health system," O said in an interview with Bloomberg. Ministers have discussed their concerns with Apple, but aren't making progress, he said.

An Apple spokesperson contacted by Bloomberg declined to comment, but pointed toward Apple's previous statement on its partnership with Google for a multi-platform contract tracing feature.

Apple and Google on April 10 announced a partnership that will see the two companies developing a Bluetooth-based smartphone tracking solution to allow governments and health agencies to reduce the spread of the coronavirus while also protecting user privacy.

The solution will take advantage of a decentralized API that will keep users' data on their smartphones rather than allowing governments to build a centralized contact database. France and the European Union are pushing for data to be sent to a central server that's managed by state health services.

The UK government has run into a similar problem with Apple in the development of its own app for contact tracing as it too wanted to use Bluetooth in the background for tracking purposes.

Apple and Google in May will release APIs that will allow for interoperability between Android and iOS devices using apps from public health authorities, while later in the year, a broader Bluetooth-based contact tracing platform will be made available at the OS level.

Freida
No way I would allow this to go off my device. If Apple allows this then I’ll block Bluetooth completely or go back to old iOS
Score: 29 Votes (Like | Disagree)

steve62388
Apple and Google should stick to their guns. Loosening the restrictions would result in all sorts of foreseen and unforeseen bad news consequences. The agencies involved know these apps are only effective with extremely wide take up (I read it would need to be 80%). Less privacy likely equals fewer users.

I wouldn’t install it under these circumstances.
Score: 25 Votes (Like | Disagree)

MvdM
After France fined them for $1.28 billion?

Really, as a well travelled citizen of another country than either, I would trust the USA much more than France. But that says nothing.
A better default position would be to not ever trust Big Government. They are a necessary evil, but it must always be remembered that all types of governments are always led by power hungry sociopaths and narcissists. Communist, fascist, republic or parliamentary democracy, the same types infest them. The only difference is how much power they have over you, Joe Citizen, allowed by Joe and his mates.

You should never willingly give authorities the power to know who you have met with, where you have gathered, where you have been, what you think. But I spent months behind the old Iron Curtain in the eighties and have seen where power of the State can lead (And that was after the jackboot pressure on citizens’ necks was partially lifted).

Let the current lock down measures work through, and lift them as soon as practicable, and not a moment later. And don’t let the politicians use this as an excuse to expand their power over you.
Score: 20 Votes (Like | Disagree)

Controlled by Apple means it is one secretly issued National Security Letter away from being controlled by the US government. Nobody should have it.
Score: 17 Votes (Like | Disagree)
Read All Comments