Apple is planning to acquire California-based virtual reality company NextVR in a deal said to be worth $100 million, 9to5Mac reported over the weekend. 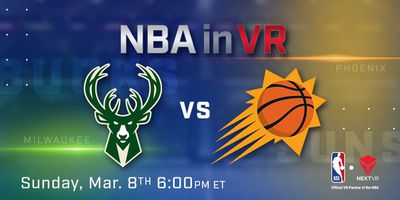 NextVR is a company that melds virtual reality with sports, music, and entertainment, offering VR experiences for watching live events on VR headsets from PlayStation, HTC, Oculus, Google, Microsoft, and other manufacturers.

NextVR has established partnerships with the NBA, Wimbledon, Fox Sports, the WWE and more, according to the NextVR website. NextVR also has more than 40 patents, some of which are related to upscaling video streaming that may be of interest to Apple.

The Orange County, California company has been struggling in recent years, failing to secure Series C funding in 2019, leading to a 40 percent staff reduction.


Though Apple has not yet closed the acquisition or confirmed its plans to purchase NextVR, 9to5Mac says that a shell company formed this year that's believed to be Apple is hiring most of the engineers from NextVR. Employees at NextVR have also reportedly been told that they'll need to relocate from Southern California to Cupertino.

For the last several years, rumors have indicated that Apple is exploring multiple augmented, virtual, and mixed reality headset options, and has some kind of AR/VR headset project in the works.

A smart glasses concept
Most of the rumors have coalesced around augmented reality "smart glasses" that would work as an iPhone accessory, but there have also been rumors of work on a much more powerful VR headset that would feature an 8K display for each eye and that would be untethered from a computer or a smartphone.

Apple appears to be working on more than one AR/VR project, but it's difficult to tell as there have undoubtedly been many prototype designs. Current rumors suggest an AR/VR headset could be released as early as 2021.

Why do half the big articles on MR in the last week start with: “as reported a few days ago on 9to5Mac”?
Lol, ouch... MR is getting scooped left & right!

My observation with a new Apple announcement:

* 9to5Mac breaks the news;
* Macrumors shows it in a how-to video;
* AppleInsider has the TL;DR on it;
* iMore giggles about how cool-beans it is;
* Cult of Mac finds it on sale, and
* The Verge bitches about it.
Score: 6 Votes (Like | Disagree)

Oh boy, dorky head set / glasses may be in the pipeline.

The last dorky looking thing that Apple made were the AirPods and they became a phenomenon. Hope they can pull off AR/VR in a way no one expects.
Score: 5 Votes (Like | Disagree)

nfl46
Sweet. I can’t wait to see what Apple does with this in a couple of years.
Score: 5 Votes (Like | Disagree)

Justanotherfanboy
Why do half the big articles on MR in the last week start with: “as reported a few days ago on 9to5Mac”?
Lol, ouch... MR is getting scooped left & right!
Score: 2 Votes (Like | Disagree)

Ha can’t tell if you’re being sarcastic, but the answer of course is extremely well.
As far as AR/VR goes, I think that, if done right, it could be Apple’s next big thing. They are incredibly well positioned to offer an amazing experience considering everything they have in their media ecosystem and all their partnerships- movies/TV, music, games etc.