E3 and NAB Events Canceled Due to Coronavirus

Two more major events in the United States have been called off today as the coronavirus continues to spread, with organizers for both E3 and NAB announcing cancelations. 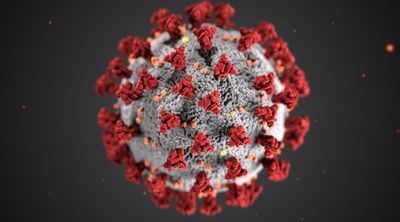 E3, a major gaming convention that draws more than 65,000 people, was set to be held on June 9 to June 11 in Los Angeles, California. E3 event organizers this morning said that canceling was the "best way to proceed" amid "increased and overwhelming concerns about COVID-19."

The E3 team is devastated to share this news. This decision was not reached lightly, but it is the right one for the health and safety of all involved. Read our statement here: https://t.co/1uOWxTerN9 pic.twitter.com/gD2IxNACLX — E3 (@E3) March 11, 2020

NAB is an annual trade show produced by the National Association of Broadcasters, and it typically draws somewhere around 100,000 people. This year's event was set to take place at the Las Vegas Convention Center from April 18 to April 22.

NAB event organizers have decided not to hold the event in the "interest of addressing the health and safety concerns" of stakeholders and in consultation with partners throughout the media and entertainment industry. Alternatives are being explored to provide the "best possible experience" for the community.

In light of the current public health emergency both domestically and globally, it is clear that it would not be possible to hold #NABShow in April as planned. NAB is evaluating a number of alternatives to the April show. For more info, please visit: https://t.co/CyALIcvTVX pic.twitter.com/rwQgdr92td — NAB Show (@NABShow) March 11, 2020

The cancelations of E3 and NAB come as the World Health Organization has officially declared the COVID-19 outbreak a global pandemic due to its rapid spread across the world.

Apple still has not provided word about its upcoming Worldwide Developers Conference, which is normally held in San Jose, California, in June, but it's looking increasingly likely that the event will be canceled or held in some digital capacity.

its not a flu, everyone needs to stop saying that since its very W R O N G
Score: 35 Votes (Like | Disagree)

Yeah, it's just a flu. China froze their entire economy for a month because they feared the sniffles.

There are dead bodies in the corridors of this Wuhan hospital ('//www.youtube.com/watch?v=LvPHIqy4zCY') and people hooked up to oxygen in the lobby because of a weak sauce flu.

Doctors in Italy are being forced to allow some patients to die ('https://abcnews.go.com/International/wireStory/patient-icu-virus-pushes-italy-brink-69498352') because they can't treat them all because of some congestion.

All events of more than 1000 people are canceled in the tech capital of the world because we're all snowflakes here who can't handle a cough.

Yeah, that's some flu. You need to stop this nonsense. You're going to get people killed.
Score: 17 Votes (Like | Disagree)

Joniz
For those who keep going on about “it only kills old people and sick people.”

Your parents/grandparents must love you, despite your being an a$hole.

Secondly, the more it spreads, the more chance it has to mutate. A virus, as simple as it is, is life as well and will do what it can to survive. So one day we’ll just be saying “It only kills pathetic, lonely people who whine on forums, so who cares?”
Score: 16 Votes (Like | Disagree)

Influenza kills 0.1% of people who contract it. COVID-19 kills 2-3% or more. And yes, it "targets" people in their later years, so young people can just ignore the threat, right? Sure, if you don't care about your parents/grandparents...
Score: 13 Votes (Like | Disagree)

You're right, it's not like the flu, it's actually more like a cold. Get over it people. Practice good hygiene. That's it.

Calling this a cold is worse than regular ignorance. It’s affirmative chosen evangelical ignorance, and it only serves to embolden those who are part of this weird culture of science denial.
Score: 9 Votes (Like | Disagree)

You're right, it's not like the flu, it's actually more like a cold. Get over it people. Practice good hygiene. That's it.

So that’s why Italy is overrun with patients dying of pneumonia and the entire country is in quarantine?

Stop with the foolish statements. You are not an epidemiologist, infectious disease expert, public health official or a doctor. You know nothing about the risks of this disease, otherwise you wouldn’t be spouting such BS.

And stop listening to whatever idiot is telling you the crap you apparently believe, and are recklessly spreading.
Score: 9 Votes (Like | Disagree)
Read All Comments