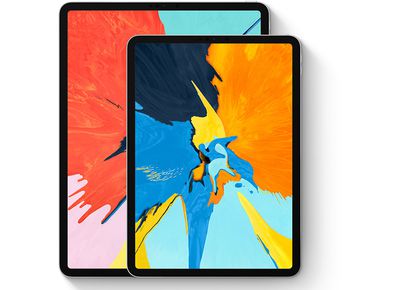 According to a review of Apple's website that was conducted on Monday, the non-cellular 12.9-inch ‌iPad Pro‌ with 512GB storage is sold out at all Apple stores in the Los Angeles area, while the same model and other versions are also sold out at many stores in New York City.

Some Apple store employees said they started noticing reduced iPad Pro inventory in the last week. They asked not to be identified discussing private product information.

Gurman's report leads by speculating that the supply constraints may be a possible sign of the coronavirus outbreak's impact on Apple's manufacturing supply chain, but he also concedes that the shortages could be due to new incoming ‌iPad Pro‌ models. Apple sometimes slows the flow of product units coming into its various sales channels as the next-generation models approach launch.

Apple analyst Ming-Chi Kuo expects Apple to launch an upgraded ‌iPad Pro‌ during the first half of 2020, perhaps as early as this month, with Apple planning to release a next-generation model with a rear-facing time-of-flight (ToF) camera system supporting 3D sensing for immersive augmented reality experiences.

Recent rumors suggest Apple is planning to hold an event on Tuesday, March 31, so if new iPad Pros are in the works for the first half of 2020, they could well be announced at this event.

However, even if an announcement is imminent, it's still possible the new ‌iPad Pro‌ model supplies could be constrained or delayed due to a slowdown in production caused by the coronavirus outbreak in China. A DigiTimes report last month claimed the new ‌‌iPad Pro‌‌ models have been slow to ramp up following the extended Lunar New Year holiday, although the Taiwan-based website maintained that launch of the new devices is expected "around March."

Gurman notes that AirPods Pro and built-to-order Macs are also continuing to show shipping delays, and some Apple Watch Series 3 and Series 5 models are listed as unavailable to buy online, although the Series 3 watch and Airpods Pro were constrained before the viral outbreak was reported.

Apple's latest iPhones and other iPads remain widely available in the U.S., although the iPhone 11 is listed as unavailable in some European countries and Australia.

In addition to the new ‌iPad Pro‌‌, rumors suggest Apple is planning to release a new low-cost iPhone and an updated 13-inch MacBook Pro, while more outlying launch possibilities for the first half of 2020 include a MacBook Air update, Apple's Tile-like "AirTags" item trackers, and perhaps a wireless charging mat.

Apple recently said it wouldn't meet its guidance for the March quarter due to the impact of the COVID-19 coronavirus, citing both constrained ‌iPhone‌ supplies worldwide and lower customer demand for Apple products in China as the main impacts on performance for the quarter.

alphaswift
I'm inclined to believe that the short supply is more COVID-19 related than a new release is coming. It wouldn't surprise me if new products are delayed because they just can't build enough of them to meet demand. Also, Tim Cook is not the kind of guy to gather large crowds in a theatre and possibly spread germs. I expect any new product announcement will be delayed.
Score: 15 Votes (Like | Disagree)

And what is wrong with the current ones on the market?

Nothing but it’s from 2018 and would be silly to buy it now after holding it off for so long
Score: 12 Votes (Like | Disagree)

DHagan4755
Kinda crazy how the coronavirus has thrown a monkey wrench into being able to tell when Apple is planning to launch new products.
Score: 5 Votes (Like | Disagree)

Smeaton1724
In the UK the 256GB 11'' model has been significantly discounted at some retailers over the last few weeks - Normally £860 in resale channels (£919 from Apple) it's been £720. To me that appears an imminent refresh on the cards, clearing out ''old'' inventory. I still bought the 11'' though.... it's a great device at a solid discount, regardless of new model, there's always a new model on the horizon....

Current models are plenty fast, so I really doubt we'll see anything ground breakingly massive. The usual A Series X variant so a spec bump, that will bring a battery life bump, new camera system. For me to get value from paying full retail of a 2020 model I'd want OLED, 16GB RAM and more importantly a fleshed out iPadOS to take advantage of the power.
Score: 5 Votes (Like | Disagree)

if it's true, they can't come fast enough... my iPad 4 running iOS 6 is getting bit long in the tooth :)

In my opinion, updating the iPad Pro now won't really bring much from the current model. The next "big" thing would have to be OLED/microLED/miniLED display and triple cameras, and the former is probably not ready yet. The current model is still plenty fast to keep as is for a few months until the new display technology is ready. A refreshed Smart Keyboard Folio would be nice, but I don't see how it would necessitate a new iPad.
Score: 4 Votes (Like | Disagree)
Read All Comments