Apple's next iPhone series may support a new Wi-Fi standard known as IEEE 802.11ay, according to Japanese blog Mac Otakara. 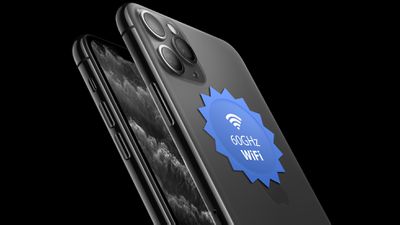 802.11ay is the follow-up of IEEE 802.11ad, quadrupling the bandwidth and adding up to 4 streams of multiple transmission/reception. The new Wi-Fi spec, which uses the 60GHz spectrum, is still in the draft phase but is expected to be finalized by the end of 2020.

The translated report is quite difficult to decipher, but the blog calls the wireless standard "ultra-short range," which suggests it could be used to communicate between iPhones (i.e. AirDrop) and perhaps other Apple devices in close proximity.

Interestingly, a 2018 report claimed that Apple has been working on an AR/VR headset that would be untethered from either a computer or a smartphone and instead connect to a "dedicated box" using the 802.11ay wireless standard. The box was said to be powered by a custom 5-nanometer Apple processor similar to the custom chips that Apple will use in future Macs.

Connecting the two rumors is pure speculation at this point, but it's interesting to conceive of different scenarios where Apple uses the new Wi-Fi standard to enable next-generation wireless AR/VR experiences.

That said, Bloomberg's Mark Gurman has claimed the company's AR roadmap will initially focus on the iPad and ‌iPhone‌ before any sort of headset comes to fruition.

In November, Gurman said Apple is working on "a range of augmented and virtual-reality devices" based around a new 3D sensor system, which will arrive first on a new iPad Pro slated for release in the first half of 2020, and followed by Apple's new iPhones later in the year.

Moving beyond existing devices, Apple is said to be targeting 2021 or 2022 for the release of a combination VR and AR headset focused on "gaming, watching video and virtual meetings." 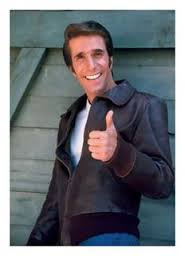 this is not wifi. it is wigig. but governed by the wifi alliance.

802.11ay is tricky stuff. the predecessor 802.11ad was around since 2012 and did not produce much market impact. it is quite power hungry, and the range is _very_ short in omni scenarios. it was used mostly for vr headsets and some android phones and laptops supported it. the signal is very well attenuated by your hand, it can completely block it, even in directional scenarios. it requires line of sight so the use is very limited. ay and ad show their strength in outdoor scenarios for FWA where it can be beamformed and go over several hundred meters, but not on a mobile device which is on the move. doppler frequency shift is noticeable even at walking speeds.
Score: 6 Votes (Like | Disagree)

The numbering system is a marketing thing aimed at consumers to help keep things easier/more obvious when shopping for products. The internal engineering names of various standards are always going to be more specific/obtuse to regular people.
Score: 3 Votes (Like | Disagree)

B.A.T
I don't care what they put in this year's iPhone. I'll still be using my 8+ and still be loving it.
Score: 3 Votes (Like | Disagree)
Read All Comments