Apple has been fined 25 million euros by a French consumer fraud group for intentionally slowing down some iPhone models with a software update. 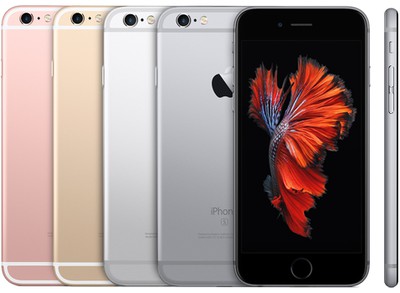 The Directorate General for Competition, Consumption and the Suppression of Fraud (DGCCRF), which is part of the country's economy ministry, concluded that Apple had failed to inform users that iOS updates to older iPhones could slow down their devices.

The DGCCRF revealed its findings in a Friday press release:

"Following an investigation by the Directorate General for Competition, Consumption and the Suppression of Fraud (DGCCRF) and after the agreement of the Public Prosecutor of Paris, the Apple group agreed to pay a fine of 25 M € in the context of a criminal transaction.

"Seized on January 5, 2018 by the Paris Prosecutor's Office to investigate the complaint of an association against Apple, the DGCCRF has shown that iPhone owners were not informed that the updates of the iOS operating system (10.2.1 and 11.2) they installed were likely to slow down the operation of their device.

"These updates, released during 2017, included a dynamic power management device which, under certain conditions and especially when the batteries were old, could slow down the functioning of the iPhone 6, SE models. and 7."

The investigation followed Apple's admission in 2017 that it slows down some older iPhones with degraded batteries during times of peak power usage in order to prevent unexpected shutdowns.

When the ‌iPhone‌ slowdown controversy was at its height, Apple apologized for its lack of communication and offered affected customers cut-price iPhone battery replacements. The company has always maintained that the features are designed to preserve the life of the ‌iPhone‌ for as long as possible, and were not implemented to force upgrades.

That being said, Apple has accepted an agreement with France's public prosecutor to pay the fine of 25 million euros and to publish a press release on its website for one month.

ThomasJL
Good. Tim Cook deserves it. However, it's not going to teach him a lesson, as it will not even make a noticeable dent in Apple's wealth. Cook will continue to care about shareholders more than customers.
Score: 39 Votes (Like | Disagree)

aroom
is it planned obsolescence though? tweaking the os to be able to keep it running with an old battery seems like the opposite.

they should stop hunting unicorn and go full on for the right of repair. those soldered ssd and ram, glued battery, etc. that's the practice I like to see changed in the future.
Score: 35 Votes (Like | Disagree)

Crowbot
The fact that the fine was only $25M may be a signal that this was more a bureaucratic move than a punitive one. Apple's only fault was not warning users beforehand of the throttling.
Score: 26 Votes (Like | Disagree)

mazz0
I thought what Apple did was actually a good thing!
Score: 25 Votes (Like | Disagree)

Good. Tim Cook deserves it. However, it's not going to teach him a lesson, as it will not even make a noticeable dent in Apple's wealth. Cook will continue to care about shareholders more than customers.

Yeah, Apple should have let the phones randomly crash instead when the processor tried to draw more power than the battery could supply, THAT would have made everyone happy. ?
Score: 25 Votes (Like | Disagree)

e1me5
Funny, I knew about the “throttling” when it was first released. It was a couple of weeks after I replaced the battery because of the faulty 6S batch that was forcing them to shut down. Furthermore, I kinda thank apple for this feature as my 6s is no very old, its still usable and I don’t have to replace the battery or the phone right now but I can wait for the next iPhone in October.
Score: 18 Votes (Like | Disagree)
Read All Comments

Friday July 30, 2021 9:04 am PDT by Sami Fathi
Tesla CEO Elon Musk reportedly once demanded that he be made Apple CEO in a brief discussion of a potential acquisition with Apple's current CEO, Tim Cook. The claim comes in a new book titled "Power Play: Tesla, Elon Musk and the Bet of the Century," as reviewed by The Los Angeles Times. According to the book, during a 2016 phone call between Musk and Cook that touched on the possibility of ...
Read Full Article • 249 comments