MGM held preliminary talks with Apple, Netflix, and other large media companies to gauge their interest in a possible acquisition, reports CNBC.

The report confirms another report from The Wall Street Journal last month that suggested Apple was exploring deals for MGM Holdings content, though the talks had "yet to reach an advanced stage." 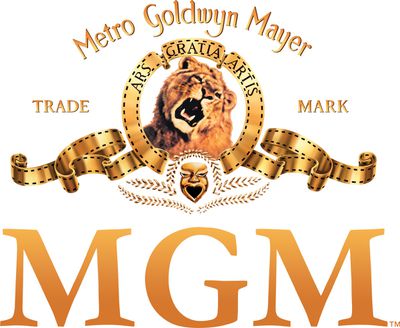 A deal with MGM would potentially offer Apple a huge catalog of content to add to Apple TV Plus. MGM owns the James Bond franchise and is responsible for multiple hit TV shows like "The Handmaid's Tale," which currently airs on Hulu. It also owns Epix and the rights to movies like "Rocky" and "Mad Max."

There's no word on when and if MGM and Apple might reach some kind of deal, and all companies declined to comment on the ongoing talks.

Right now, Apple is behind other streaming media services. Apple TV+ features a handful of original Apple shows, like "The Morning Show," "For All Mankind," "Servant," and "See." Some of the shows have been nominated for awards and have proven popular, but Apple has a long way to go to be able to compete with the larger catalogs available from Netflix, Hulu, and Disney+.

Gsmaniac
I hope who ever buys it relaunches the Stargate franchise.
Score: 14 Votes (Like | Disagree)

You think Apple can afford Disney? Doubtful. It’d be nice to see Apple get some back catalog. That’s what they are missing. Nothing to do after originals are done.

Disney market cap is only 245 billion? Apple would only need half. They could theoretically do it with cash, no?
Score: 12 Votes (Like | Disagree)

Just buy disney already and call it a day..all this ***** footing around is getting old.

This is getting old. By this I mean that old "Apple should just buy..." adage. Some think of Apple's shrunken and steadily shrinking cash hoard as if it's disposable income like an individual would have. It is not. Using [USER=118078]@cmaier[/USER] estimation of Disney's market cap at $245B and his guestimate of half of that would get the job done, his question was Apple could do it with cash. That answer is no. Apple has been spending that money on stock repurchases (smarter use of funds than buying Disney imo). As of late summer 2019 Alphabet had more cash than Apple.

Continuing to play with the cash idea, a hypothetical Disney acquisition would be more than 40X larger than the largest acquisition Apple has ever done (Beats at $3B). Bad idea imo. Disney comes with astronomical annual overhead. Most of their revenue comes from their media networks, not studio entertainment. Disney is a hydra that Apple should avoid imo. Apple's better play is to buy what they consider to be wheat (content) and stay away from the chaff that is business interests that don't align with theirs. A lot of Disney does not align with Apple.
Score: 10 Votes (Like | Disagree)

JosephAW
If this happens we could see Brad Wright revive Stargate.
Score: 9 Votes (Like | Disagree)

I7guy
Seems like that would be a big win for Apple, if this comes to pass, given the rich heritage of MGM movies.
Score: 8 Votes (Like | Disagree)

DEXTERITY
Just buy disney already and call it a day..all this ***** footing around is getting old.
Score: 8 Votes (Like | Disagree)
Read All Comments