Apple is working to bolster its Apple TV+ offerings and has been exploring deals for MGM Holdings content and college sports rights, reports The Wall Street Journal.

Apple executives met with MGM representatives and the Pac-12 Conference this year for preliminary talks that have "yet to reach an advanced stage." Inking a Pac-12 deal would give Apple its first live sports content, allowing the company to better compete with other streaming video services. MGM, meanwhile, has a huge catalog of content, though it's not known if a deal with Apple would focus on new, original content or would include existing content offerings. 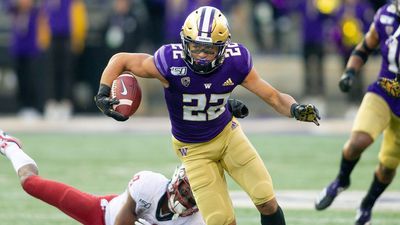 According to The Wall Street Journal, Apple's meeting with MGM and Pac-12 suggest that Apple is open to major content deals to improve its ‌Apple TV+‌ service, which means that in the future, third-party content could be added to ‌Apple TV+‌ alongside Apple's own original content.

At the current time, ‌Apple TV+‌ features just a handful of Apple's original TV shows, such as "The Morning Show," "For All Mankind," "Servant," and "See." Some of the shows have received praise and have been nominated for awards, but Apple's content offerings cannot compete with the large catalogs available on Netflix, Hulu, and Disney+.

Apple is charging $4.99 per month for ‌Apple TV+‌, and while many subscribers have a free year after purchasing an Apple device, Apple will need to make ‌Apple TV+‌ worth the subscription fee in the future. It's not clear if consumers will want to pay a $4.99 per month fee for limited content.

zack123
MGM, that would mean Stargate, which Apple tried to save back in the day.
All for a new Stargate series.
Score: 8 Votes (Like | Disagree)

Nothing angered me more than Scott Forstall taking like 15 minutes to talk about sports during some WWDC back in the day. He couldn't get Apple Maps to be even decent, Siri was infuriating and iOS started looking outdated and weird (remember the green velvet game center look?).

Let the mouthbreathers watch their ESPN, NFL sunday, MLB at bat or whatever insane money-grabbing madness and leave the rest of us out of it.

It makes sense to boost Apple+ with a sports package. The PAC-12, for those who do not know, is a "power 5" conference made up of the better athletic schools from the west coast. In terms of college football, which is where most of the money is in having such broadcast rights, the PAC-12 is in the lower realm of 'good', but has some large schools. This would be a relatively cheap way for Apple to get semi-serious with sports.
Score: 7 Votes (Like | Disagree)

Please don't get involved with college sports. That market is already a fragmented mess.

Let the mouthbreathers watch their ESPN, NFL sunday, MLB at bat or whatever insane money-grabbing madness and leave the rest of us out of it.

From this remark, I'm guessing Phys Ed was not a happy place for you in school. And, you were probably pushed into a few lockers.
Score: 6 Votes (Like | Disagree)

HUGE if true. I wonder what Apple would do with the James Bond films if they added them to their service - some of the early Sean Connery ones have not aged gracefully, taking into account all the attitudes and stereotypes towards women that the Bond films are famous for.

They would do the correct thing and air them as is. You think it's a good idea for companies to go back and re-edit movies from the past to try and please everyone's sensibilities in 2019? That is patently absurd.
Score: 6 Votes (Like | Disagree)

MGM, that would mean Stargate, which Apple tried to save back in the day.
All for a new Stargate series.

Yep all for one too. Auto sub. I only mentioned this months ago. Get a niche. Disney is riding baby yoda.

Stargate universe. Finish it. Reboot everything. I don’t care.
Score: 5 Votes (Like | Disagree)
Read All Comments