Apple Seeds First Betas of iOS 13.3 and iPadOS 13.3 to Developers

\Apple today seeded the first betas of an upcoming iOS and iPadOS 13.3 update to developers, just a week after the release of iOS 13.2 with new emoji, Siri privacy controls, Deep Fusion, and more.

iOS and ‌iPadOS‌ 13.3 can be downloaded through the Apple Developer Center or over the air after the proper developer profile has been installed. 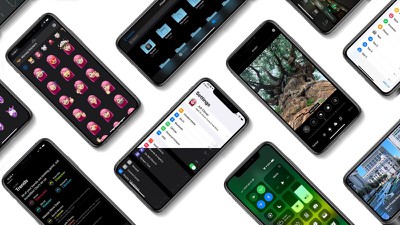 We don't yet know what's new in the iOS 13.3 update, but it likely includes bug fixes for issues not able to be addressed in the prior update. As a 13.x update, it also likely features some feature changes and updates.

- Multitasking Bug Fix - The beta appears to fix the iOS 13.2 issue that was causing apps to refresh more frequently than normal.

- Memoji/Animoji Stickers - In the Keyboards section of the Settings app, there's a new option to prevent Animoji and Memoji Stickers from being displayed on the Emoji keyboard.

Another set of bug fixes/updates...

Yes. This is how software works.
Score: 12 Votes (Like | Disagree)

moabal
Can anyone confirm if this fixes the ram issue so we all know if we should upgrade or not? A beta would be better than dealing with 13.2 in my opinion.
Score: 9 Votes (Like | Disagree)

They never do obviously. That’s why I’m going to switch if Apple doesn’t address my personal problems. Like ffs Tim, get on with it already. Surely Tim uses his own products right? How does he not experience these issues??? Nah, it’s because he uses Windows and Android, that’s why he’s so oblivious about these memory issues that have been having since iOS 13.0 beta 1.

This may be the most ridiculous comment I've read on these forums. Yikes!
Score: 9 Votes (Like | Disagree)

Where can I send bug fixes too so this **** can get fixed… It is so annoying that nobody has come across or fixed these bugs -
there should be a team of people that do every day stuff to test and make sure everything works!
Any info would be appreciated because I’m at a dead end

Why don't you contact Apple support so that your issues get logged? I believe that this is the best way to make Apple aware of the issues you are facing..
Score: 8 Votes (Like | Disagree)

If this doesn’t fix the severe background app closing issue, then I’m forgetting my $30,000 worth of purchases I’ve invested with Apple, their apps, their services, their products, and their iTunes content, as well as forgetting all those time I’ve wasted in Apple’s ecosystem and switching over to Android and PC. I’m going to buy a new phone, tablet, and computer to replace my old Apple devices, as well repurchase all my content on another service, because I am SO SUICK of Apple’s poor quality of updates with their deal breaking bugs.

Yeah... because Windows and Android never have any bugs.
Score: 5 Votes (Like | Disagree)

Böhme417
I wonder how high in the x.x releases 13 is going to go. At this rate, I feel like we’ll have 13.4 public before the end of the year.
Score: 5 Votes (Like | Disagree)
Read All Comments