The so-called iPhone SE 2 will be equipped with an LCP aka liquid crystal polymer antenna design for improved wireless transmission, according to noted Apple analyst Ming-Chi Kuo. 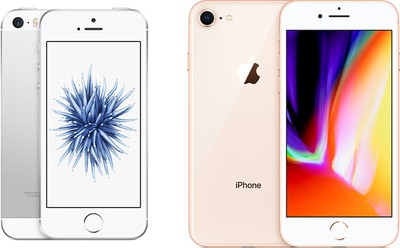 In a research note with TF International Securities today, viewed by MacRumors, Kuo said Career Technologies and Murata Manufacturing will begin supplying Apple with antenna components for the ‌iPhone SE‌ 2 in early 2020, in time for the device to launch by the end of the first quarter.

In previous research notes, Kuo said the ‌iPhone SE‌ 2 will have a similar design as the iPhone 8, including a 4.7-inch display and a Touch ID home button, but with a faster A13 Bionic chip and 3GB of RAM. He also expects the device to have 64GB and 128GB storage options and come in Space Gray, Silver, and Red.

Like the iPhone 11 lineup, the ‌iPhone SE‌ 2 is expected to ship without 3D Touch, which Apple has replaced with a software-based Haptic Touch solution. Kuo predicts the device will start at $399 in the United States.

It is worth noting that ‌iPhone SE‌ 2 might not be the final name of the device, with ‌iPhone‌ 8s and ‌iPhone‌ 9 speculated as other possibilities. With a larger 4.7-inch display, the device would certainly not be as portable as the original ‌iPhone SE‌, which has disappointed some fans of the original device.

Many of these details have been corroborated by Bloomberg, Nikkei, and other sources.

eatrains
Too big. Still waiting for Apple to make an iPhone for mobile use...
Score: 33 Votes (Like | Disagree)

fmcshan
It’s nice that Apple is making an iPhone at a lower price point, but people liked the 4” display on the iPhone SE much more.
Score: 25 Votes (Like | Disagree)

triangletechie
I honestly think some of you are waiting for this phone.

It’s odd everyone here is complaining about size. I know quite a few people with the se, and they all bought it for price.

I know quite a few people with one, and they all bought it for the size. Or were you just making the point that you have cheap friends? ;)
Score: 16 Votes (Like | Disagree)

Don’t let the ghost of Jonny Ive screw this up.
Score: 15 Votes (Like | Disagree)

Apple_Robert
Forget the name. Not important. What is important are the features and price.

Some of you keep harping about the name. Give it a rest already and focus on something meaningful.
Score: 14 Votes (Like | Disagree)
Read All Comments

Friday July 30, 2021 9:04 am PDT by Sami Fathi
Tesla CEO Elon Musk reportedly once demanded that he be made Apple CEO in a brief discussion of a potential acquisition with Apple's current CEO, Tim Cook. The claim comes in a new book titled "Power Play: Tesla, Elon Musk and the Bet of the Century," as reviewed by The Los Angeles Times. According to the book, during a 2016 phone call between Musk and Cook that touched on the possibility of ...
Read Full Article • 201 comments

Friday July 30, 2021 5:44 am PDT by Hartley Charlton
The most important TSMC factory that manufactures Apple's chips destined for next-generation iPhone and Mac models has been hit by a gas contamination, according to Nikkei Asia. The factory, known as "Fab 18," is TSMC's most advanced chipmaking facility. TSMC is Apple's sole chip supplier, making all of the processors used in every Apple device with a custom silicon chip. Industry...
Read Full Article • 109 comments