Wednesday October 2, 2019 2:00 pm PDT by Joe Rossignol
Apple today filed an amicus brief with the U.S. Supreme Court in support of DACA, the Deferred Action for Childhood Arrivals immigration policy. Apple has filed many briefs before the Court, but this is the first time that Apple's CEO Tim Cook and Vice President of Retail and People Deirdre O'Brien are named too. 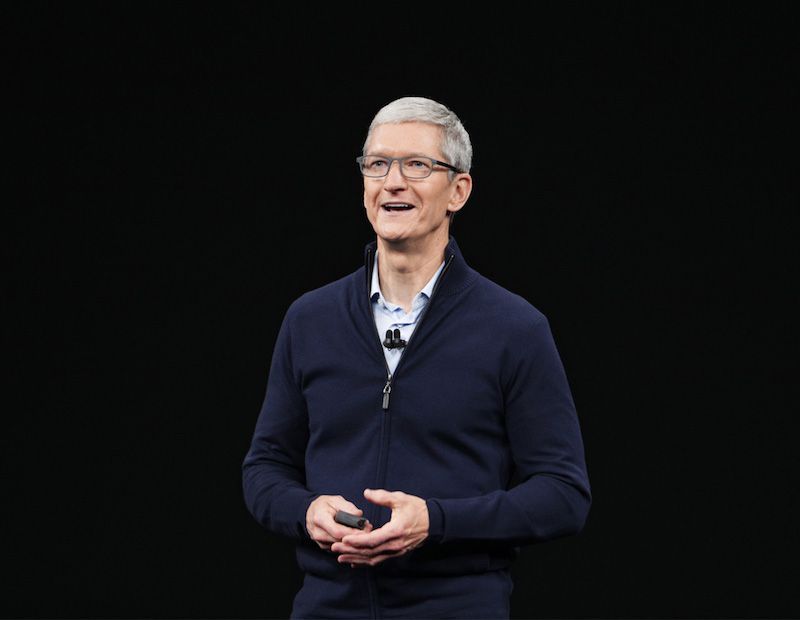 DACA provides around 800,000 individuals who entered the U.S. at age 16 or younger with a renewable two-year period of deferred action from deportation, and eligibility for a work permit in the country. Many of these individuals, known as Dreamers, have lived in the U.S. for the majority of their lives.

In its brief, Apple notes that it employs 443 Dreamers who come from more than 25 different countries spanning four continents. Dreamers at Apple run the gamut of roles within the company, including hardware engineering, software engineering, retail, customer support, and operations across 36 states.

Apple says it would "quite literally not exist without a brilliant and driven population of immigrants," including Dreamers, adding that Apple co-founder Steve Jobs's father immigrated from Syria himself. Apple also mentions several studies that link a diverse workforce to a company's growth and success.

The introduction of Apple's brief:

Since 1976, Apple has made its name by designing, developing, selling, and maintaining cutting-edge consumer electronics including mobile communications devices, personal computers, and related software and services. Apple's success stems from its people. They shape and embody Apple's culture of innovation. Apple employs a diverse workforce of over 90,000 employees in the United States alone.

Among those people are hundreds of DACA recipients who had no say in the decision to travel to this country and have known no other home. Apple employs DACA recipients who embody Apple's commitment to innovation in a wide variety of positions. As we explain below, they, and immigrants like them, are vital to Apple's success. They spark creativity and help drive innovation. They are among our most driven and selfless colleagues.

This is an issue where one's head and heart lead to the same conclusion. We collectively owe it to the Dreamers to hold up our end of the bargain. It is not just a legal requirement. It is the moral thing to do. Who are we as a country if we renege? What does it say about us as a people to turn our backs on the Dreamers now?

The U.S. Supreme Court will consider the legality of DACA during its 2019 term, which begins Monday, October 7.


Note: Due to the political nature of the discussion regarding this topic, the discussion thread is located in our Politics, Religion, Social Issues forum. All forum members and site visitors are welcome to read and follow the thread, but posting is limited to forum members with at least 100 posts.

Apple says it would "quite literally not exist without a brilliant and driven population of immigrants,"

We have immigration laws, little different from those of most other countries, for good reason.
Rating: 78 Votes

He hired, promoted, and named a homosexual man as his successor.

You're framing everything around identity politics because thats how you think. You cant contain yourself.

I seriously doubt he hired, promoted, and named BECAUSE he was a homosexual (who hadn't yet come out at the time either). It was irrelevant to the decision making, as it should be. The supply chain guru was the right guy at the right time for the job. His sexual preference didn't factor in whatsoever.

Well, I mean Steve was a Syrian, so you know...he probably would have been fine with this.

Steve wasn't ever into identity politics as far as I can recall.
Rating: 32 Votes

We have immigration laws, little different from those of most other countries, for good reason.

Why the hell should I jump through hoops, provide background documents, criminal history, proof I won't be a burden etc when someone who does not speak the language, has little to no skills, potentially a violent criminal past be allowed to stay just because?

As an immigrant I am fully behind Trump's immigration policies, I'd argue that they still are not strict enough.

Legal immigration is a huge asset to an advanced developed nation like the US. Illegal immigration brings in crime, lowers wages (especially at the very bottom of society), creates societal fractures, resentment, distrust and creates an underclass that does not pay tax.

The left love to conflate the two, but they are polar opposites. I'm here thanks to my own skills, family and by the generosity of the US. We only need to look at California to see where uncontrolled immigration leads.
Also why on Earth does the US still have birthright citizenship? I believe they are the only Western nation that still has this.
Rating: 32 Votes

I think most people agree that DACA kids should be dealt with legislatively. But immigration is such a hot topic that it can't be done right now. The point of DACA was that they should be able to stay here without fear until it is done. It's more about compassion than legality.


President Trump offered amnesty and a path to citizenship for DACA kids in exchange for wall funding and the offer was flat out rejected by Congress.
Rating: 31 Votes

aaronhead14
Blah blah blah. How about you just release the Mac Pro and a USB-C iPhone already? That's your job. Sell us your products. That's all we want from you, Tim.
Rating: 24 Votes

thadoggfather
Tim as a politician and a CEO means jack of all trades, master of none. Pick a career and stick with it. You aren't an MLK level humanitarian by forcing Chinese children to work 100 hour weeks for $2/hr to meet shareholders expectations of shipping new iPhones.

Steve is literally rolling in his apolitical grave
Rating: 23 Votes

We have immigration laws, little different from those of most other countries, for good reason.


Yeah, but dreamers aren't really legal or illegal. They were brought here against their will and committed no crime.
Rating: 22 Votes

1080p
Dreamers should have something done for them... BY CONGRESS. Not via executive order. That being said... Both sides should come together for a solution to immigration and border security. But they won't... because if you solve problems... then you have nothing to campaign on for the next election...
Rating: 21 Votes

President Trump offered amnesty and a path to citizenship for DACA kids in exchange for wall funding and the offer was flat out rejected by Congress.


Because the wall is an unnecessary waste.
Rating: 18 Votes