iPhone 11, ‌iPhone‌ 11 Pro, and iPhone 11 Pro Max devices have a new hybrid software and hardware system for performance management, according to an Apple support document uncovered by 9to5Mac. 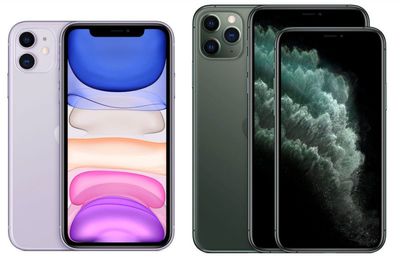 To review your ‌iPhone‌ battery's health and see if Apple recommends a battery replacement, navigate to Settings > Battery > Battery Health on iOS 11.3 or later. Apple typically recommends replacing an ‌iPhone‌ battery once its maximum capacity relative to when it was new has dropped below 80 percent.

‌iPhone‌ battery replacements are free of charge with AppleCare+ or $69 out-of-warranty for the latest iPhones. Visit the Get Support page on Apple's website to initiate the replacement process.

Apple's performance management system became the subject of controversy when it was discovered through Geekbench results in late 2017, as Apple failed to inform customers when the system was introduced in iOS 10.2.1, leading to multiple class action lawsuits and government scrutiny around the world.

While some viewed the throttling as Apple's way of forcing customers to upgrade to newer iPhones, Apple denied any sort of planned obsolescence scheme, noting it "would never… do anything to intentionally shorten the life of any Apple product, or degrade the user experience to drive customer upgrades."

As sure as the sun will set today, there's going to be a lot of confusion 2-3 years from now as people start to experience slower phones but the battery age is at maybe 85-90% which Apple will claim doesnt necessitate a new battery.

This isn't going to end well
Score: 8 Votes (Like | Disagree)

MauiPa
Aha, Apple designed batteries to have a limited life - planned obsolescence! Where are the lawyers?
Score: 6 Votes (Like | Disagree)

I’m always baffled that people believe in planned obsolescence. You’re telling me that instead of cutting off iOS updates after 2 years (which is reasonable), they would rather slow down devices and risk a huge pr nightmare? Stupid logic.

The logic of the haters are simply amazing.
Score: 5 Votes (Like | Disagree)

NickName99
Surprised there is no mention of the new “Optimized Battery Charging” setting in iOS 13.

farewelwilliams
I’m always baffled that people believe in planned obsolescence. You’re telling me that instead of cutting off iOS updates after 2 years (which is reasonable), they would rather slow down devices and risk a huge pr nightmare? Stupid logic.
Score: 4 Votes (Like | Disagree)

apolloa
And iOS 13.1 will being Apples battery throttling to the iPhone XR and XS. I’m sure I remember Apple claiming these phones were more advanced with their battery management, yet here comes the throttling software.
the story was in the Verge, I would post the link to it but this new buggy forum layout won’t let me paste the link..

A sure as the sun will set today, there's going to be a lot of confusion 2-3 years from now as people start to experience slower phones but the battery age is at maybe 85-90% which Apple will claim doesnt necessitate a new battery.

This isn't going to end well

They will pull the same old trick to make more money and falsely sell customers new iPhones under the belief their old ones are too slow.