Apple today seeded eleventh beta of an upcoming tvOS 13 update to developers and public beta testers, one week after seeding the tenth beta and more than two months after unveiling the ‌tvOS 13‌ software at the Worldwide Developers Conference.

Designed for the fourth and fifth-generation Apple TV models, the new ‌tvOS 13‌ developer beta can be downloaded onto the ‌Apple TV‌ via a profile that's installed using Xcode. 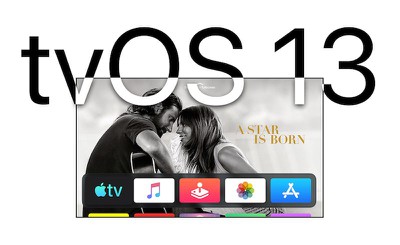 ‌tvOS 13‌ is available to registered developers and public beta testers at this time and will see an official public launch this fall.

unfunfionn
I just want them to let us disable the new top shelf ads for TV and Music, and the scrolling lyrics in Music. I hate those features so much and they're so obviously not for 100% of customers. Why would I want ads for Jonas Brothers or Taylor Swift videos? I have never listened to either of them and don't have a single track of theirs in my library. In tvOS 12, top shelf had shortcuts to albums I specifically added to my library.

Again, the features are fine for some users, but making them mandatory is terrible.
Score: 2 Votes (Like | Disagree)

Anyone seeing the new screensavers yet?

So no clear date for the release? Synchronized with the release of the new macOS, I hope, right?

There's been talk of a new aTV, so perhaps an Oct event with new aTV's alongside the OS update with macOS released with new Macbooks?
Score: 1 Votes (Like | Disagree)

Translated from marketing speak: "tvOS 13 introduces an updated Home screen aimed at making it easier for us to make you watch advertisements."
Score: 1 Votes (Like | Disagree)

I am - I have a nice view of the earth kicking in when I listen to music.

So far, this build seems entirely stable for me. I've not encountered a single problem. My Xbox One controller now reconnects itself when I press the home button, no app crashes, and things seem speedy.

The new ones are the under the sea ones.
Score: 1 Votes (Like | Disagree)

4jasontv
But is there an easy way to tag my profile so it doesn’t recommend episodes I watched on my wife’s profile?
Score: 1 Votes (Like | Disagree)
Read All Comments