Apple is working on a new Siri feature for release by iOS 15 in fall 2021 that will allow users to have a back-and-forth conversation about health problems, according to internal documentation obtained by The Guardian. 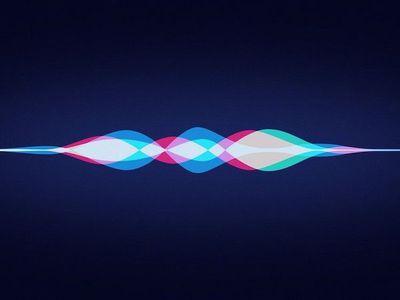 The report does not offer any further details about the feature, but Siri will presumably become more capable of responding to physical and possibly mental health questions. Apple CEO Tim Cook has repeatedly said that Apple's health-related initiatives will be the company's "greatest contribution to mankind."

Apple has increased its presence in the health and fitness space over the past few years. In 2018, for example, it launched an ECG app for the Apple Watch that can detect signs of atrial fibrillation, a condition that can lead to potentially life-threatening complications such as stroke and cardiac arrest.

Also in 2018, Apple rolled out Health Records, a feature that allows patients to view medical records from multiple hospitals and clinics directly in the Health app on the iPhone, including allergies, vital signs, conditions, immunizations, lab results, medications, procedures, and other information.

Apple's Health app in iOS 13
Apple's internal documentation, which The Guardian obtained from a former Siri grader, also reveals the company's efforts to ensure that Siri responds as neutrally as possible to sensitive topics such as feminism:

In explaining why the service should deflect questions about feminism, Apple's guidelines explain that "Siri should be guarded when dealing with potentially controversial content." When questions are directed at Siri, "they can be deflected … however, care must be taken here to be neutral".

For those feminism-related questions where Siri does not reply with deflections about "treating humans equally", the document suggests the best outcome should be neutrally presenting the "feminism" entry in Siri's "knowledge graph", which pulls information from Wikipedia and the iPhone's dictionary.

In a statement, Apple said it aims for Siri to be "factual with inclusive responses rather than offer opinions":

Siri is a digital assistant designed to help users get things done. The team works hard to ensure Siri responses are relevant to all customers. Our approach is to be factual with inclusive responses rather than offer opinions.

man3ster
Me: "Siri my chest hurts".
Siri: "What's that? Your cheeks hurt? I found an article on the web that can help with that".
Score: 30 Votes (Like | Disagree)

Klae17
Hey Siri why is my breathing constrained?
Siri: You haven't closed your rings in six months, your most frequent visited locations are fast food restaurants and you haven't opened that fitness app you downloaded 2 years ago. Thank you for paying your un used gym membership on Apple Card.
Score: 23 Votes (Like | Disagree)

Playing, "Do the Humpty Hump."

LordVic
Link it's back end into WebMD and suddenly every Siri user has cancer
Score: 14 Votes (Like | Disagree)

MvdM
"This is what I found on the internet"
Score: 9 Votes (Like | Disagree)
Read All Comments