After offering a look at its upcoming streaming service Disney+, and announcing a bundle with ESPN+ and Hulu, Disney today confirmed the devices that will support Disney+ at launch. For Apple device owners, this means that you'll be able to stream Disney+ video on Apple TV (tvOS-supported models), iPad, and iPhone on launch day (via The Verge). 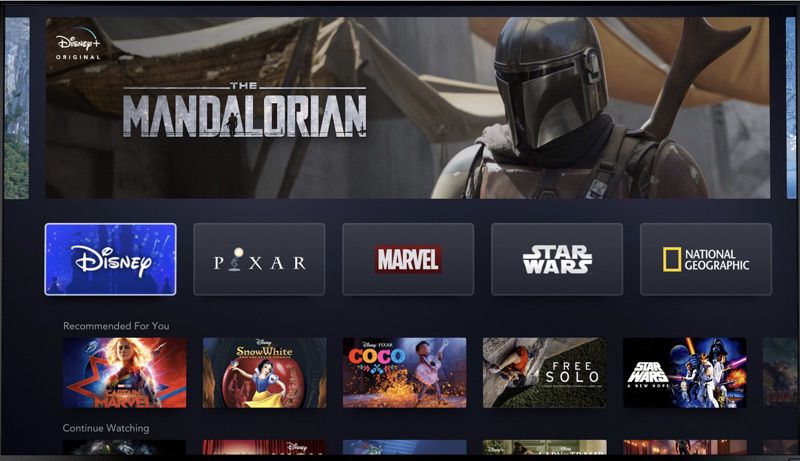 The company also confirmed that customers will be able to subscribe to Disney+ on iOS devices, and several other platforms. For ‌Apple TV‌, Disney said that it will integrate its content with the ‌Apple TV‌ app and allow users to keep all of their movies and shows organized in the Up Next list. For now, Disney said that it has nothing to announce regarding an integration with ‌Apple TV‌ Channels.

Today's news comes out ahead of Disney's annual D23 Expo in Anaheim, which will start this Friday, August 23. It's likely more information about Disney+ will be revealed at the event. For now, Disney has created a new Twitter page dedicated to Disney+ and shared a new introduction video about the streaming service.

Disney+ launches in the United States on November 12 at $6.99/month. Customers in Canada, Australia, the Netherlands, and New Zealand will all gain access to Disney+ in November as well.

The reason for all the price jumps on other services is due to them not owning all the content they offer. Disney owns all the content for this service. This means they do not have to negotiate streaming rights for every market around the world.
Rating: 12 Votes

Nice to hear. For $6.99 / month, just the star wars library and the Simpson's library has me.

Prices will go up after a year I’m betting, this price is to get people hooked before prices go up. Netflix pulled this plenty of times
Rating: 6 Votes

It’s weird seeing that the U.K. isn’t getting it at the same as all those other countries

Takes extra time to translate all those shows into British English.
Rating: 6 Votes

Prices will go up after a year I’m betting, this price is to get people hooked before prices go up. Netflix pulled this plenty of times

It started at $8/mo and is now $13/mo. They haven't even doubled the price and yet delivered everyone tons of more content - licensed and originals. To say they "pulled this plenty of times" is a bit of a stretch.
Rating: 5 Votes

I give it six months to a year before they raise the price.
Rating: 3 Votes

And Apple wants to charge $9.99 for Apple TV plus subscription possibly...yikes, Disney plus trounces Apple plus. Even if Apple TV plus is $4.99, Disney has a far larger and better library for the price


My money's on Apple TV+ being free with a "services" subscription or two.

Once Apple gets a heftier catalog, expect a price tag associated with it.
Rating: 3 Votes
[ Read All Comments ]