Apple today seeded the sixth beta of macOS 10.15 Catalina for testing purposes, more than two weeks after seeding the fifth macOS Catalina beta and over a month after the new Mac operating system update was first unveiled at the Worldwide Developers Conference.

The new macOS Catalina beta can be downloaded using the Software Update mechanism in System Preferences. As with all new betas, macOS Catalina should not be installed on a primary machine because it is early release software and has bugs. 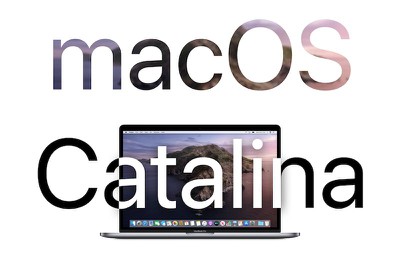 macOS Catalina eliminates the iTunes app, splitting it into Music, Podcasts, and TV apps. The Apple Music and Apple Podcasts apps are available now, while the Apple TV app is coming later this year.

The three new apps offer similar functionality to iTunes, but are split up by feature. iOS device management is still available on the Mac, but it's now done through the Finder rather than iTunes.

With a new Sidecar feature, you can turn your iPad into a second display for your Mac with just the click of a button. The Apple Pencil works with ‌Sidecar‌, so you can turn your ‌iPad‌ into a drawing tablet in apps like Photoshop and Illustrator.

Your Apple Watch can be used to approve security prompts for passwords and other info in macOS Catalina, and Macs with a T2 chip now support Activation Lock, making them more secure. There's a new Find My that brings the ‌Find My‌ Mac app to the Mac for the first time and even lets you track your devices when they're offline, or, in the case of notebooks, closed.

Screen Time is available on the Mac as well as iOS devices, and Project Catalyst, a new Apple initiative, will let developers easily port their ‌iPad‌ apps over to the Mac to increase the number of Mac apps available.

There's a new Photos interface that surfaces your best photos organized by day, month, or year, there's a new start page in Safari, Mail has new tools for muting email threads and blocking senders, and the Reminders app has been overhauled. 32-bit apps no longer work in macOS Catalina, which is something to be aware of before installing the beta.

PastaPrimav
Well I'd say its about time, but it probably took them the last 2 weeks to install it in house.
Score: 16 Votes (Like | Disagree)

ErikGrim
Baffled to why anyone would prefer either Firefox or Chrome over Safari.
Score: 9 Votes (Like | Disagree)

Chris The Bipolarbear
just installed Firefox and can confirm that this is now working.
Score: 9 Votes (Like | Disagree)

Baffled to why anyone would prefer either Firefox or Chrome over Safari.

I find Firefox much faster than Safari. For me, whether I use stock Safari or Safari Tech Preview, it likes to redraw the screen whenI swipe back on most forum websites. Including this one. I swipe back, wait a second or two and then it redraws. If I click on something without being patient, and the reload moves the forum topics around, I end up opening a topic I didn't intend to click on.

Plus, I don't like Safari's cookie control. Nor the way the tabs shrink in size as you open more of them. And many other UI things I've come to like about Firefox. Ah yes, it also loads complex Youtube pages much quicker. And I can use uBlock Origin.
Score: 8 Votes (Like | Disagree)

* Music: "Artwork changes now appear immediately; playlists have been added."
* Photos: still doing the database clone/backup thing, with deletion and correction later on.
* App Store: "You no longer receive an error when downloading or updating apps."

Friday July 30, 2021 9:04 am PDT by Sami Fathi
Tesla CEO Elon Musk reportedly once demanded that he be made Apple CEO in a brief discussion of a potential acquisition with Apple's current CEO, Tim Cook. The claim comes in a new book titled "Power Play: Tesla, Elon Musk and the Bet of the Century," as reviewed by The Los Angeles Times. According to the book, during a 2016 phone call between Musk and Cook that touched on the possibility of ...
Read Full Article • 233 comments