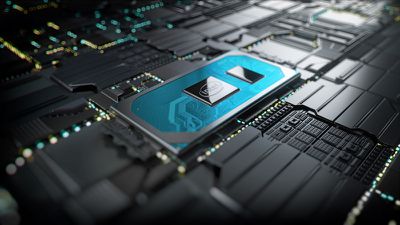 Intel says the Ice Lake chips have increased board integration, allowing manufacturers like Apple to release notebooks with sleeker designs. The chips also feature Intel's all-new Gen11 graphics architecture for up to double the graphics performance, and integrated Thunderbolt 3 and Wi-Fi 6, aka 802.11ax.

Intel is also introducing a new processor number naming structure starting with this first set of 10th-generation Core processors, doing away with Y and U series identifiers and instead emphasizing graphics. The new structure is a bit confusing, but The Verge has a nice breakdown for deciphering them.

Intel expects the first notebooks with Ice Lake chips to be available in time for the holiday shopping season.

Aston441
Will this work

It's a shame that Apple killed the 12" MacBook.

This CPU line-up is probably as good a clue as any as to why the 12-inch MacBook was killed (for now). The 2015 MacBook launched with a 4.5W Y-series CPU. Last year's Y-series CPUs then went to 5-7W. Now we're at 9W. Apple designed a laptop based on the assumption — presumably promised as such by Intel — that Intel would keep iterating on a roughly 4.5W TDP CPU, and they failed to do so, even after this process shrink.

This is good, actually. Low clock rates means Intel has some breathing room for future generations at the same process size to offer more performance simply by cranking up the clock rate.

Which TDPs are MacBook pro compatible? All of them?

9W: probably the MacBook Air (which is currently at 7W, but presumably Apple has learnt the lesson not to trust Intel on that).

28W: possibly the higher-end 13-inch MacBook Pro, but Apple probably wants more options for that. Also, this CPU model won't ship for a while.

Critically, none of these are even remotely an option for the 15-inch (16-inch?) MacBook Pro, which likely won't see another CPU upgrade until Comet Lake-H in Q2 2020. It'll offer up to ten cores, but it will still be at 14nm and still use a revised Skylake architecture. Still no LPDDR4, even.
Score: 7 Votes (Like | Disagree)

twocents
Can't come soon enough the day that Apple can engineer some A-series chip and release upgrades when the Mac, not Intel, are ready. I could see the MacBook line getting resuscitated as a canary for this
Score: 7 Votes (Like | Disagree)
Read All Comments

Sunday January 23, 2022 10:32 am PST by Juli Clover
Apple is working on a number of new products that are set to launch this fall, and Bloomberg's Mark Gurman says that it will be "the widest array" of new devices that Apple has introduced in its history. In his latest "Power On" newsletter, Gurman explains that Apple is working on four new flagship iPhones (iPhone 14, iPhone 14 Max, iPhone 14 Pro, and iPhone 14 Pro Max), an updated low-end Ma...
Read Full Article • 263 comments

Sunday January 23, 2022 2:59 am PST by Tim Hardwick
Apple has always emphasized the depth of thought that goes into the design of its products. In the foreword to Designed by Apple in California, a photo book released by the company in 2016, Jony Ive explains how Apple strives "to define objects that appear effortless" and "so simple, coherent and inevitable that there could be no rational alternative." But every once in a while even Apple...
Read Full Article • 430 comments