10.2-Inch iPad Said to Launch in the Fall as Successor to 9.7-Inch iPad

Thursday August 1, 2019 8:21 am PDT by Joe Rossignol
Apple is widely expected to release a new 10.2-inch iPad later this year as a replacement for its $329 entry-level 9.7-inch ‌iPad‌, and hit-or-miss Taiwanese industry publication DigiTimes has now added its weight to this rumor, claiming that the tablet will be released in the "late third quarter." 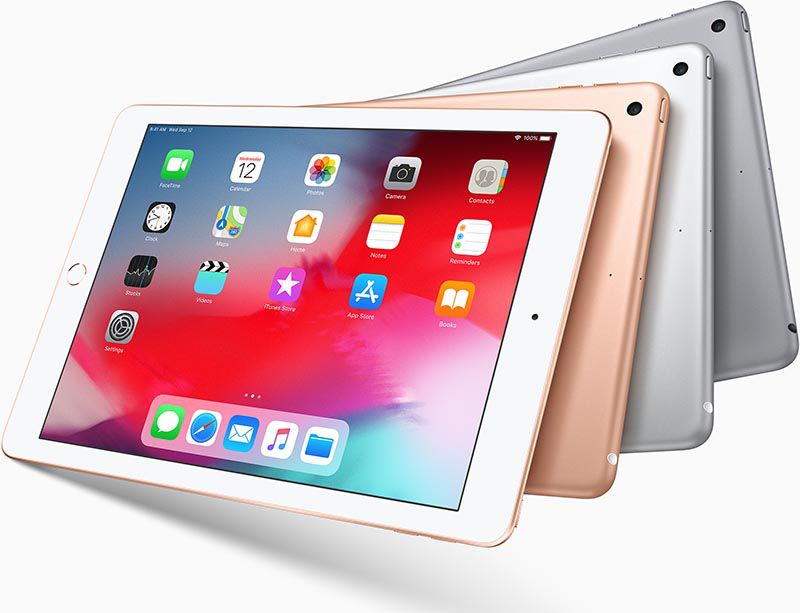 If accurate, that timeframe means the 10.2-inch ‌iPad‌ would be released by the end of September, suggesting that the device might be unveiled alongside new iPhones at Apple's usual September event.

‌iPad‌ releases in the fall have typically occurred in October, including in 2012 through 2014 and again in 2018. September would not be totally out of the ordinary, however, as Apple unveiled the original iPad Pro and the ‌iPad‌ mini 4 at its September 2015 event without hosting an October event that year.

It's worth noting that DigiTimes has a rather unreliable track record as it relates to the timing of new Apple products. This week alone, for example, the website published one report saying the 16-inch MacBook Pro will be released in September and another saying the notebook will launch in October.

The 10.2-inch ‌iPad‌ would have a modestly larger display than the 9.7-inch ‌iPad‌, possibly in tandem with narrower bezels.

A reasonable assumption would be that Apple will unveil new iPhones and Apple Watches in September and save the rumored 16-inch MacBook Pro, 10.2-inch ‌iPad‌, and ‌iPad Pro‌ refresh for October, but Apple could always break with tradition.

What sense does it make to drop the Air? You don’t see any room for something in between a $299 budget model and a spare-no-expense $799 iPad Pro? Interesting.

How is that—in any way whatsoever—a good thing for iPad buyers? If you don’t have 800 bucks to drop your stuck with a bottom of the line iPad with a budget screen?

smizzle
I just hope they add support for the newer Apple Pencil so that the whole lineup can use the same one.
Rating: 7 Votes

A new size. WOOO! Is that the main innovation factor that Apple has going for it’s products? How long can this last?

It’s a $299 iPad, exactly what kind of “innovation” are you looking for?

If you want “innovation” every year, are you ok with yearly price increases?
Rating: 4 Votes


My god, still with this meaningless comment. You have a $300 iPad (10.2) a $500 iPad (10.5) and a $800-1000 professional iPad that comes in two sizes. In the real world people purchases are dictated by budget, not by the inexplicable need to find something to whine about Apple on an Internet forum. Someone in the market for a $300 tablet won’t be confused by the size of a $800 for them unaffordable tablet. And who need a large $1000 tablet won’t give a thought to the size of a low entry 300 one etc.

It’s only confusing for people that have no intention to buy an iPad but just to stare at the website to find something to whine on this forum.
Rating: 4 Votes

ghost187
PSA! That insignificant screen size increase from 9.7 to 10.2 means you give up free Microsoft Office.
Rating: 4 Votes

nutmac
My wish for this product is fairly modest:

We really hope so. Same goes for the MacBooks.

They kinda fixed the MacBook lineup a few weeks ago when they killed the 12 inch MacBook. MacBook Air is the consumer portable, and MacBook Pro is the pro portable. That falls in line with the product grid Steve created when he returned in 1997 to simplify the lineup.
Rating: 3 Votes

I’d have to agree, not at all confusing.