Apple Planning Both 10.2-Inch 'iPad 7' and All-New 10.5-Inch iPad According to Proven Leaker

Throwing a wrench into rumors, the previously accurate Twitter account CoinX today claimed that Apple plans to release not only a 10.2-inch seventh-generation iPad, but also an entirely new 10.5-inch ‌iPad‌ without Pro branding. The tablets will not be released simultaneously, according to the tweet. 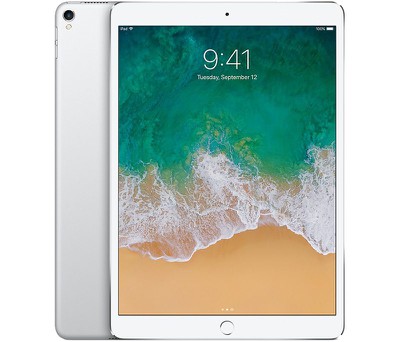 If accurate, Apple could perhaps be planning to release a slightly scaled back version of the existing 10.5-inch iPad Pro, which could allow it to fill a price point between the $329 lower-end ‌iPad‌ and the $799 and up 2018 ‌iPad Pro‌ models.

CoinX has an accurate track record, having previously tweeted the iPhone XS, iPhone XS Max, and iPhone XR names of the 2018 iPhones before anyone else, in addition to the 2018 iPad Pro being 5.9mm thick and a few minor details about other Apple products. It is unclear where the information is sourced from.

The 10.2-inch ‌iPad‌ should end up being a larger-screen version of the existing 9.7-inch ‌iPad‌, and it will likely be released within the next few weeks alongside minor refreshes to the iPad mini and iPod touch. It's unclear if any of the products will be unveiled at Apple's services-focused March 25 event.

The 10.5-inch non-pro ‌iPad‌ could be released later this year, perhaps alongside the next ‌iPad Pro‌ lineup.

Diluting the lineup even further?

I think it's unfair to say Tim Cook needs to run the company like Steve, but I think there is something to be said about what Steve did with the lineup when he came back: 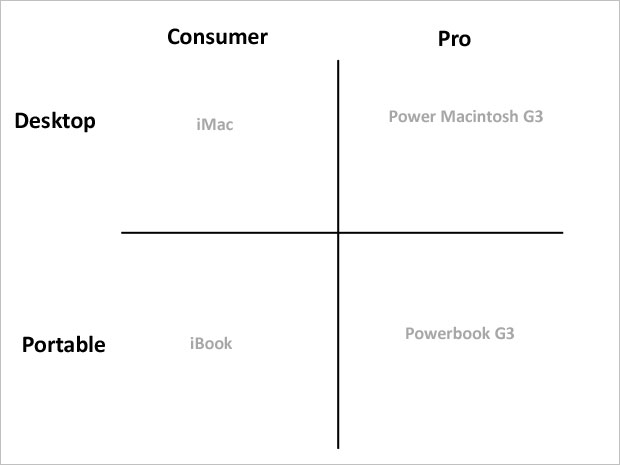 The current lineup isn't confusing at all.

There are 3 ipad pros, 2 different apple pencils that all work on different machines, the ipad mini that costs more than the 9.7 inch ipad and now apparently we're getting two different sizes of the same ipad that are only .3 inches different
Score: 30 Votes (Like | Disagree)

16BitArcadeGraphics
what exact model is this? there are so many ipad models out today that no common consumer has any idea of what is what and the minute differences. it's bad enough that retailers themselves had to name these units "generations" rather apple naming them ipad 1, ipad 2 and so on. and iphone 8 jumped to iphone x (10). where is 9?
Score: 25 Votes (Like | Disagree)

newyorksole
Sounds like a confusing product lineup Lol. All these different sized screens and variations of the same type of product.

I can’t wait for the event though.
Score: 24 Votes (Like | Disagree)

Klae17
This is getting more and more confusing. We need a Mini, Mini Pro, iPad, iPad Pro, iPad +, and iPad Pro +. Also throw in the Mac Pro and iMac upgrades while they are at it.
Score: 16 Votes (Like | Disagree)
Read All Comments

Tuesday May 11, 2021 11:56 am PDT by Joe Rossignol
Last month, Apple introduced a new iPad Pro with the same M1 chip found in the latest Macs, and early benchmark results indicate that the M1 iPad Pro is over 50% faster than the previous-generation iPad Pro. Based on five legitimate Geekbench 5 results (here's the fifth) for the fifth-generation 12.9-inch iPad Pro with the M1 chip, the device has average single-core and multi-core scores of...
Read Full Article • 174 comments