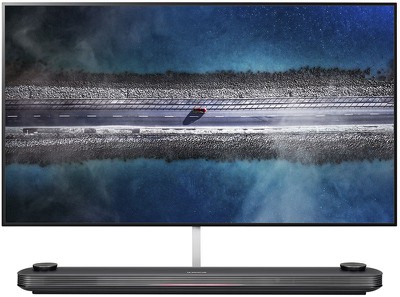 LG's Australian support account on Twitter responded to a customer query by revealing that the updates would start rolling out to users in one week, which points to next Monday as the earliest possible arrival.

Users will need to be running iOS 12.4 on their iPhones and iPads in order to take advantage of these features.

Once the updates are installed, users will be able to beam photos, videos, and music from an iPhone, iPad, or Mac to the LG TV, similar to how the Apple TV works.

‌HomeKit‌ support will also let users control their television sets using Siri voice commands or the Home app on the ‌iPhone‌, ‌iPad‌, or Mac. ‌Siri‌ will be able to be used to do things like play a specific TV show or movie to be AirPlayed to your smart TV.

LG announced in March that new TVs in its 2019 lineup, which launched in April, would support ‌AirPlay‌ 2 and ‌HomeKit‌ later this year. LG's 2019 lineup includes screen sizes ranging from 55 inches to 77 inches.

All of the LG OLED, NanoCell SM9X, NanoCell SM8X, and UHD UM7X television sets from 2019 will work with Apple's services according to Apple's ‌HomeKit‌ website.

Update: LG has since announced that ‌AirPlay‌ 2 and ‌HomeKit‌ will begin rolling out to owners of 2019 LG OLED, NanoCell, and UHD TVs in more than 140 countries starting July 25, with the update continuing over the weeks to follow.

ikir
They should really support at least 2018 models
Score: 13 Votes (Like | Disagree)

M.PaulCezanne
I had an E6 and I now have a C8. There is absolutely no logical reason for LG to not provide these updates (and other basic apps for that matter) to these models. I get there are some business arrangements in place, but this doesn't seem to be a problem for any other major manufacturer. And certainly they're not going to entice their own customers to replace the $4,000 television they bought last year with a new one just for these features.

They tend to offer a pretty solid support.

I hear you. Hard to object when there is a technical reason for not supporting a feature (e.g. no Dolby Vision on my Xbox One X because the console supports a low latency version only), but there's frankly no good reason for leaving the 2018 owners in the cold with no HomeKit / AirPlay 2 support.
Score: 3 Votes (Like | Disagree)

Wouldn’t rule out a later release (so it wont interfere with the sales of their newer models).
After they have met their sales target, they will release 2018 and I hope 2017 updates that will, at least, integrate HomeKit, if not airplay 2.

I base this solely on my personal experience, where im running a custom homebridge server on my rPI3 and have added HomeKit support that way (it runs great on my B7 OLED).

You should base your opinions on the hard fact that in the five year history of WebOS TVs, LG has not once upgraded the core OS of previous year models.

The only thing they ever did to add new features was that the 2014 (first year) models got UI, but not OS, tweaks to match 2015.
Score: 2 Votes (Like | Disagree)
Read All Comments