Apple Sends Out Media Invites for WWDC Keynote on June 3

Apple today sent out media invites for the keynote event of its 30th annual Worldwide Developers Conference, which takes place at 10:00 a.m. Pacific Time at the McEnery Convention Center in San Jose, California. 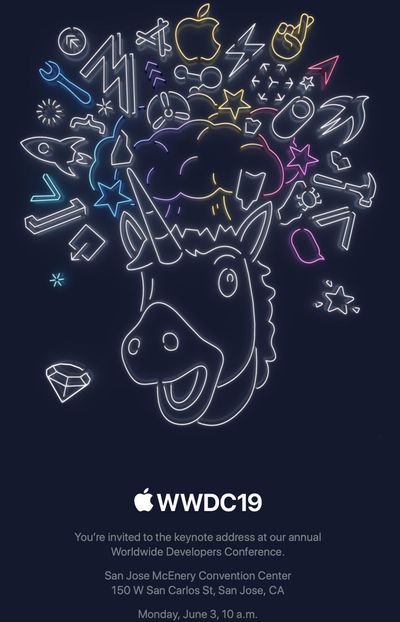 Image via Neil Cybart
Rumors have suggested Apple is considering using the event to unveil the new high-end high-throughput Mac Pro that's in development, though Apple could still opt to delay its introduction until a later date. It's not clear if other hardware will be unveiled at the event.

There are some major changes coming in the new software that's set to be announced, including dark mode for iOS, a new volume HUD, updates to several apps, and more, all of which is highlighted in our iOS 13 roundup.

watchOS 6 will bring a dedicated App Store for the Apple Watch, new watch faces, new health-related apps and more, while macOS 10.15 will further Apple's "Marzipan" cross-platform app project, split up iTunes, and bring software for using an iPad as a second display among other features.

Apple in March announced that this year's WWDC event is once again set to be held at the McEnery Convention Center in San Jose, California, the third year that it's taken place outside of San Francisco.

WWDC tickets, which were priced at $1,599, were distributed to developers by random selection back in March. Apple also provided 350 scholarships to students and STEM organization members, which include a free ticket to WWDC as well as free lodging at San Jose State University.

Approximately 5,000 developers attend the Worldwide Developers Conference to interface with hundreds of Apple engineers who are available to answer questions and host development sessions. Developers who are not able to attend the event will be able to watch the sessions through Apple's WWDC 2019 website or the WWDC app for iPhone, ‌iPad‌, and Apple TV.

BJMRamage
You're in for a treat today...
we've got 8 more ANIMOJIS!!!

strategicthinke
Let’s see the rain of angry comments on Emojis and Animojis and how Tim (Apple) is ruining their beloved company.
Having said that, that’s a cute unicorn.
Score: 16 Votes (Like | Disagree)

Can't believe their invite looks so terrible compared to Google IO and Microsoft Build this year.

Really? What’s so great about this? 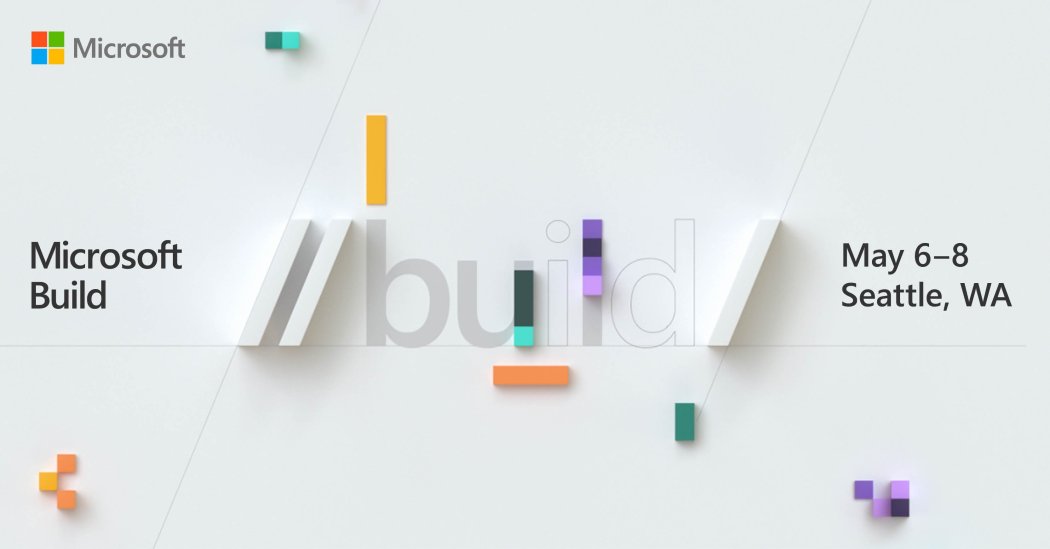 Sasparilla
What would the unicorn be? The Mac Pro?
Score: 13 Votes (Like | Disagree)

realtuner
The most amazing thing about WWDC each year is this:

Apple will update iOS and macOS (along with watchOS and tvOS). They will bring new features, improvements and security enhancements to make the devices you already have work even better then they do now. Well over a billion users will have access to these updates at the same time without delays.


Yet despite this, all we'll see after the WWDC keynote is a bunch of whining and complaining about all the things Apple DIDN'T give us as opposed to all the things they DID. Further, as usual, the Android crowd will be foaming at the mouth. Because, apparently, Apple giving users updates to make their devices work better somehow makes them angry. It's like the guy across the street who gets mad at the fact you bought a new car.


I'm looking forward to WWDC and specifically iOS 13. Since iOS 12 was more about stability and performance I have high hopes for what Apple will add in iOS 13.
Score: 10 Votes (Like | Disagree)
Read All Comments