How Do Apple's New Powerbeats Pro Compare to AirPods?

Thursday May 9, 2019 2:40 pm PDT by Juli Clover
Earlier this week, we shared a hands-on look at the Powerbeats Pro earbuds launching tomorrow, and today, we thought we'd do an in-depth comparison with the AirPods, giving MacRumors readers a closer look at the similarities and differences between the two devices.

‌AirPods‌ and ‌Powerbeats Pro‌ look nothing alike, as the former is designed for casual use and the latter is aimed at those who live a more active lifestyle. The ‌AirPods‌ feature an iconic design that's reminiscent of the EarPods design Apple has used for years, with the earbuds meant to fit ears of all shapes and sizes with no customization. 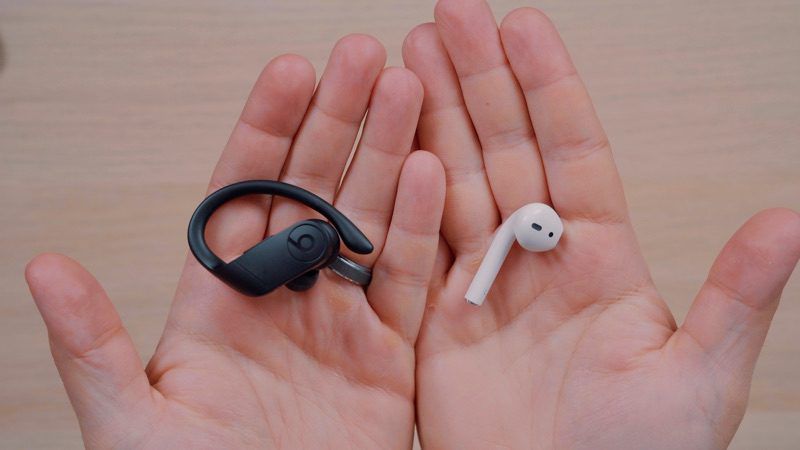 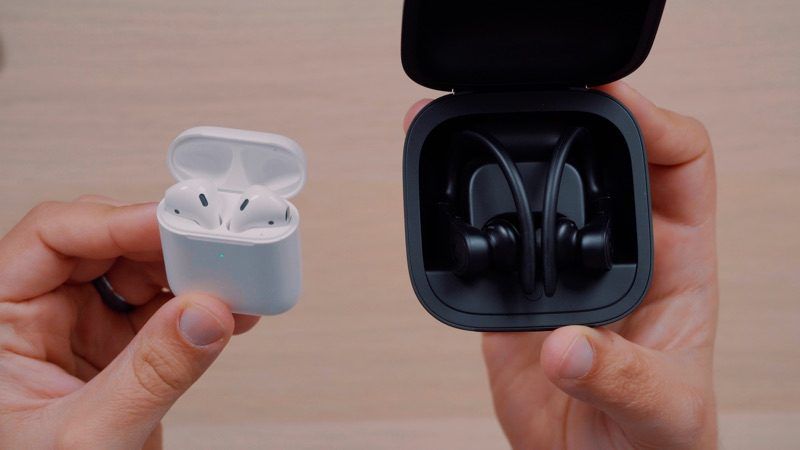 The ‌Powerbeats Pro‌ are much larger than the ‌AirPods‌, and while the case that charges them up is similar in functionality to the ‌AirPods‌ case, it's much larger and it's not pocketable, plus it doesn't have wireless charging support and can only charge with a Lightning cable. The ‌Powerbeats Pro‌ only come in black right now, but this summer, Apple is going to release moss, ivory, and navy shades. The ‌AirPods‌ are limited to white.

There are major physical differences between the ‌Powerbeats Pro‌ and the ‌AirPods‌, but the underlying feature set is the same and the two share similar hardware. Both include Bluetooth 5.0 and an H1 chip for quick pairing, fast device switching, and hands-free "Hey Siri" support. An accelerometer and other sensors also allow ‌AirPods‌ and ‌Powerbeats Pro‌ to pause audio when removed from the ear and resume when the earbud is placed back in the ear. 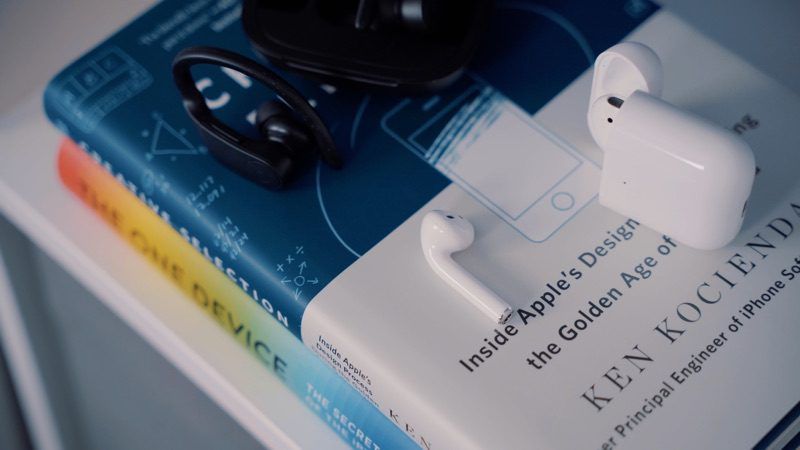 In our experience, the ‌Powerbeats Pro‌ feature a more immersive and full sound profile because of the tight fit in the ears. Apple says that sound quality was a focus when designing the ‌Powerbeats Pro‌, and it shows. The ‌AirPods‌ still sound great, though, and are more than adequate for everyday use.

For those who have been wondering, the ‌Powerbeats Pro‌ do indeed support Live Listen, as do the ‌AirPods‌. Live Listen lets you use the iPhone as a microphone to amplify the ambient noise around you so you can better hear what's going on. As a side note, both ‌AirPods‌ and ‌Powerbeats Pro‌ have beamforming microphones so they sound great when using them for phone calls. 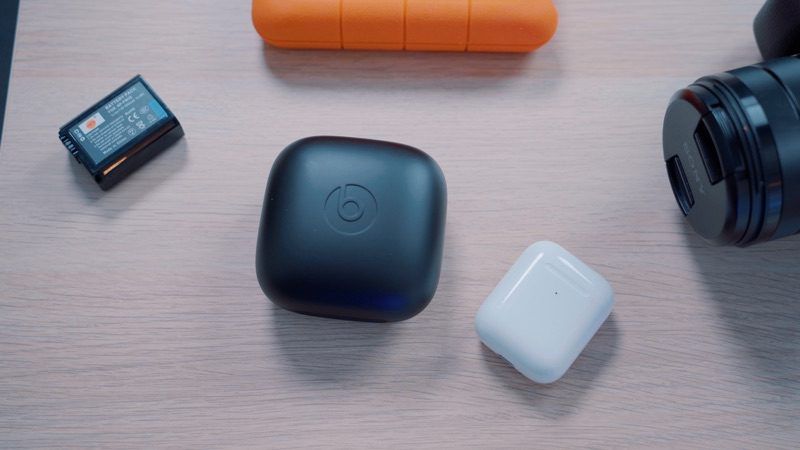 For a deeper comparison of the ‌Powerbeats Pro‌ vs. the ‌AirPods‌, make sure to check out our Powerbeats Pro and AirPods guide, which walks through the two audio accessories feature by feature. Our dedicated Powerbeats Pro guide also has everything you need to know about Apple's newest earbuds.


they're not going to add a button, but some kind of a tap option to control volume would be amazing.
Rating: 9 Votes

they're not going to add a button, but some kind of a tap option to control volume would be amazing.


Yeah this. Though it's been soooo much easier since someone here mentioned a few weeks ago that you can use the crown on your AW to control the volume when the Now Playing window is open.
Rating: 9 Votes

DeepIn2U
Seriously? Second or Third article since receiving these in hand and MacRumors ONLY mentions this about Voice or Calls? Even when stating compared to AirPods?

As a side note, both AirPods and Powerbeats Pro have beamforming microphones so they sound great when using them for phone calls.

Ultimate test! (recall those HUGE green home fans, you know the ones as a kid in the 70's/80's where you spoke into the fan and you heard Mr Roboto voice coming out lol)? THAT would be a great voice test against beam forming to the other party!

These are predominantly for music yes, but they have not one but 2 beam forming microphones per ear ... so please test that in full.
Rating: 8 Votes

sir1963nz
I have a pair of proper headphones that are over 6 years old, still works fine. These battery powered devices are throw away , once the battery goes, into the waste stream they go.
Rating: 6 Votes


This isn’t a fair comparison, nor relevant, the price of the Sennheiser momentum’s is $350, that’s more than double the AirPods cost, and naturally the sound would be much better on that product, but you’re also not factoring the Sennheiser‘s are over the head earphones without any water resistance, in addition the Momentum’s are not geared towards gym/fitness at all, as the Powerbeats/AirPods are in that respect if you paid attention at all to the marketing.

Baymowe335
The PowerBeats are too big for me to consider. Seem like a solid product though.
Rating: 4 Votes

littyboy
Can we get a comparison between the PB3 and PB Pro? All these reviews are for PB Pro Vs Airpods... kinda pointless since the audience they appeal to are different.
Rating: 4 Votes

iamasmith
A major thing for me, and I have BeatsX (which I now use for running only) and Bose QC35 which I use less since flying fewer, is... availability.. the AirPods fit nicely and securely into a jeans watch pocket and they top themselves up when not using them - this is super useful because you can always have them with you with no imposition and you know they will be charged. Sound quality is also excellent and to be honest whilst I liked the BeatsX my appreciation of the quality went down and the AirPods quality appreciation seems to have gone up all the time.
Apple labeled the Apple Watch on launch as their most personal device. I love mine and I look forward to it's evolution but, I would say that the AirPods could take that moniker on general use.
Rating: 3 Votes